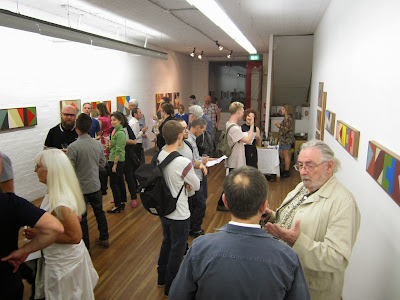 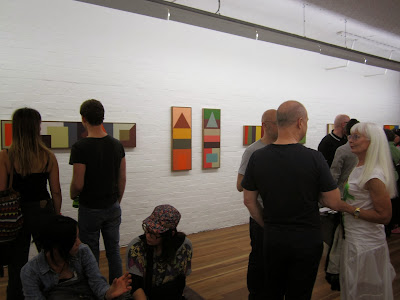 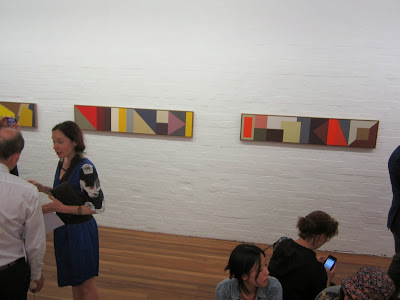 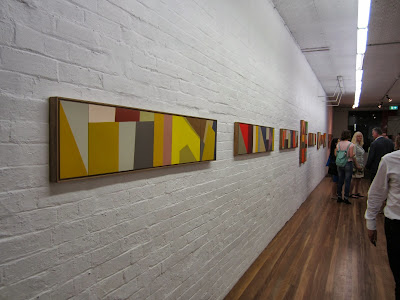 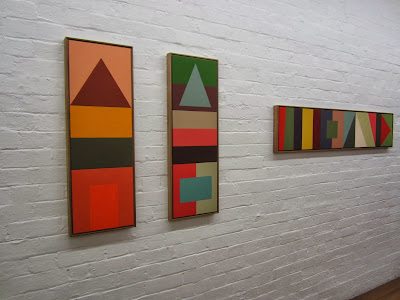 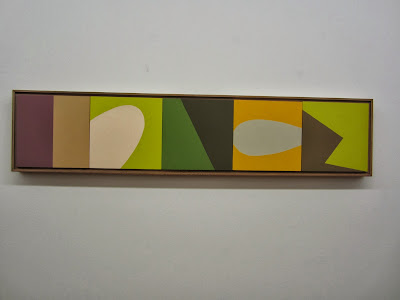 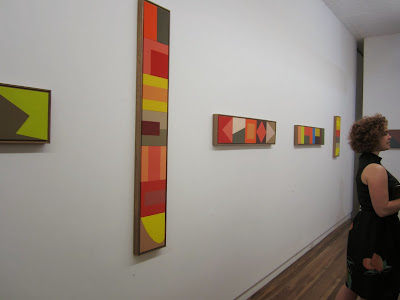 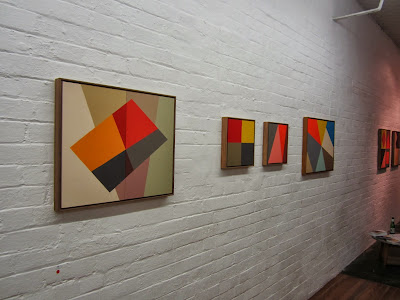 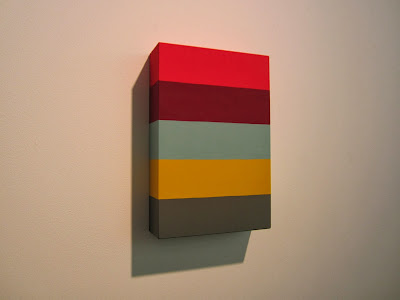 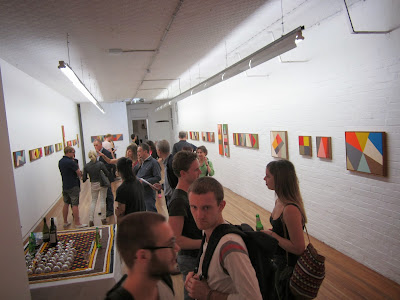 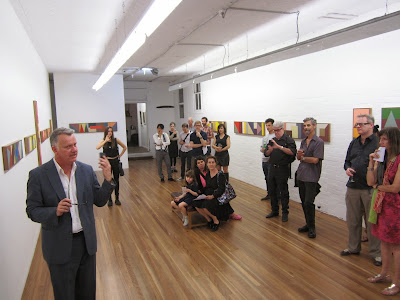 The titles of each work read out like segments from a love story, the good the bad and the ugly but ultimately end in that passionate embrace of love making after that volatile fight.

Louise Tuckwell has proven once and again that her work is as passionate, growing from strength to strength, painting killer lines as sharp as a knifes edge, her powerful colour combinations to soften any blunt force trauma and broadcasting it to the world that her paintings and tapestries are to die for.

‘I want it’ is what I overheard quite a few people were saying at the opening and ‘I want it bad’ some said and I hope those made a concerted effort with a deposit.

‘Release Me’ acrylic on birch wall relief 300x200x600mm is a sexy slice of licorice allsorts, if I could eat it then there would be a bite taken out of it. ‘Encode + Transmit’ acrylic on two birch panels, 530x630mm is not going to reveal it’s secrets after one kiss but maybe after some long lingering looks.

‘Informal Relation’ acrylic on five birch panels, 225x1020mm will however entice you onto that gorgeous soft green sofa and whisper sweet nothings in your ear.

These new works will most likely leave a lasting impression on my sensitive persuasion and hopefully keep that flame burning bright.