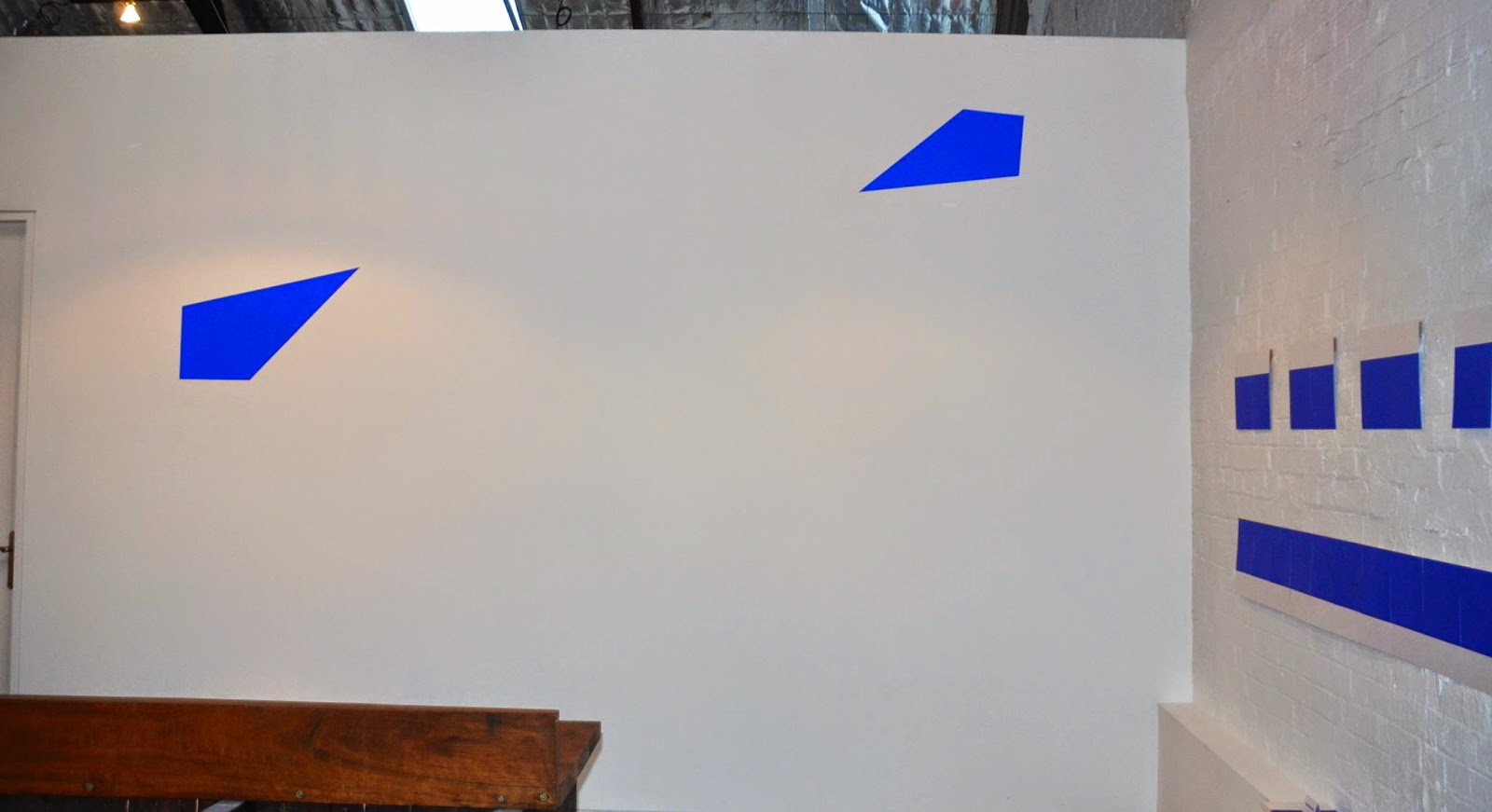 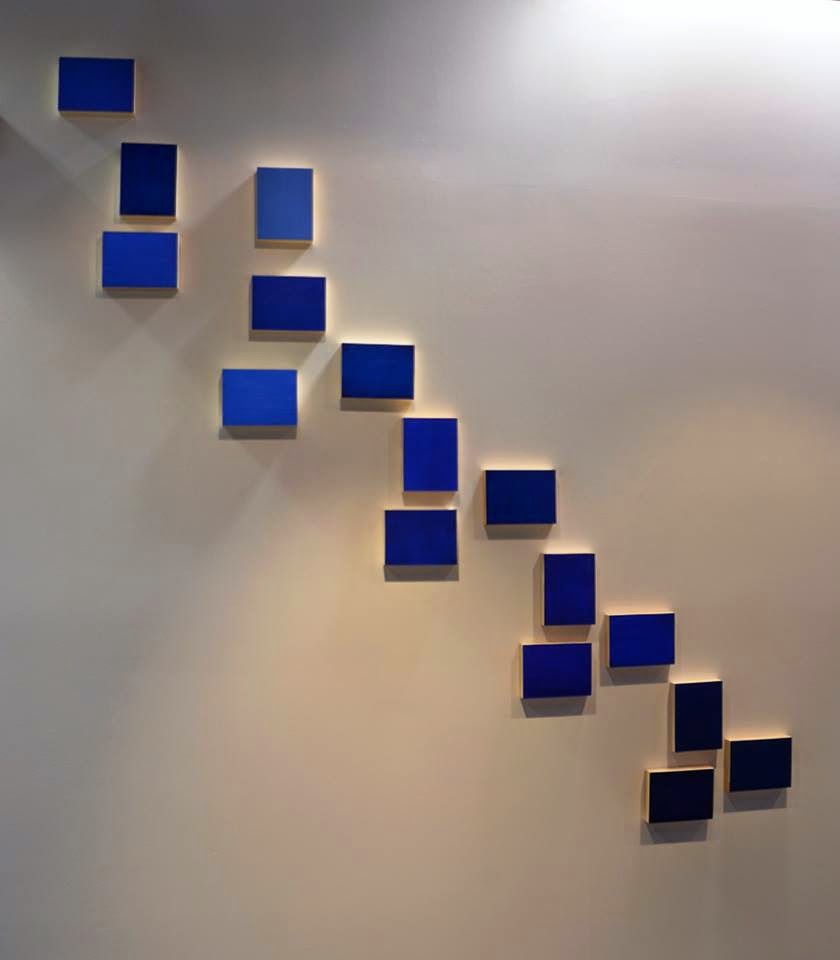 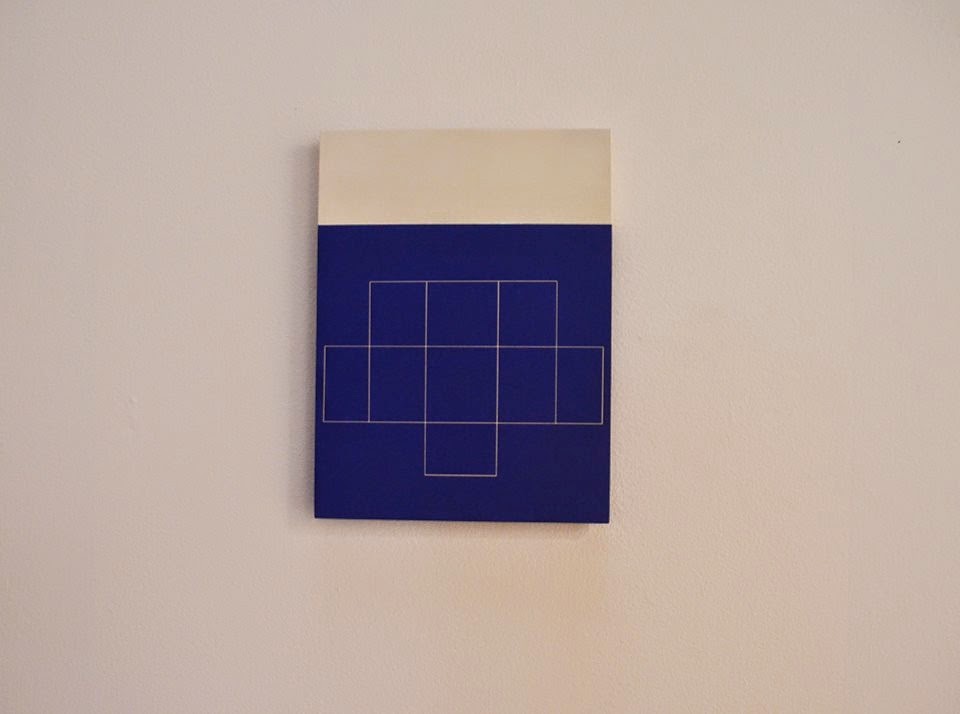 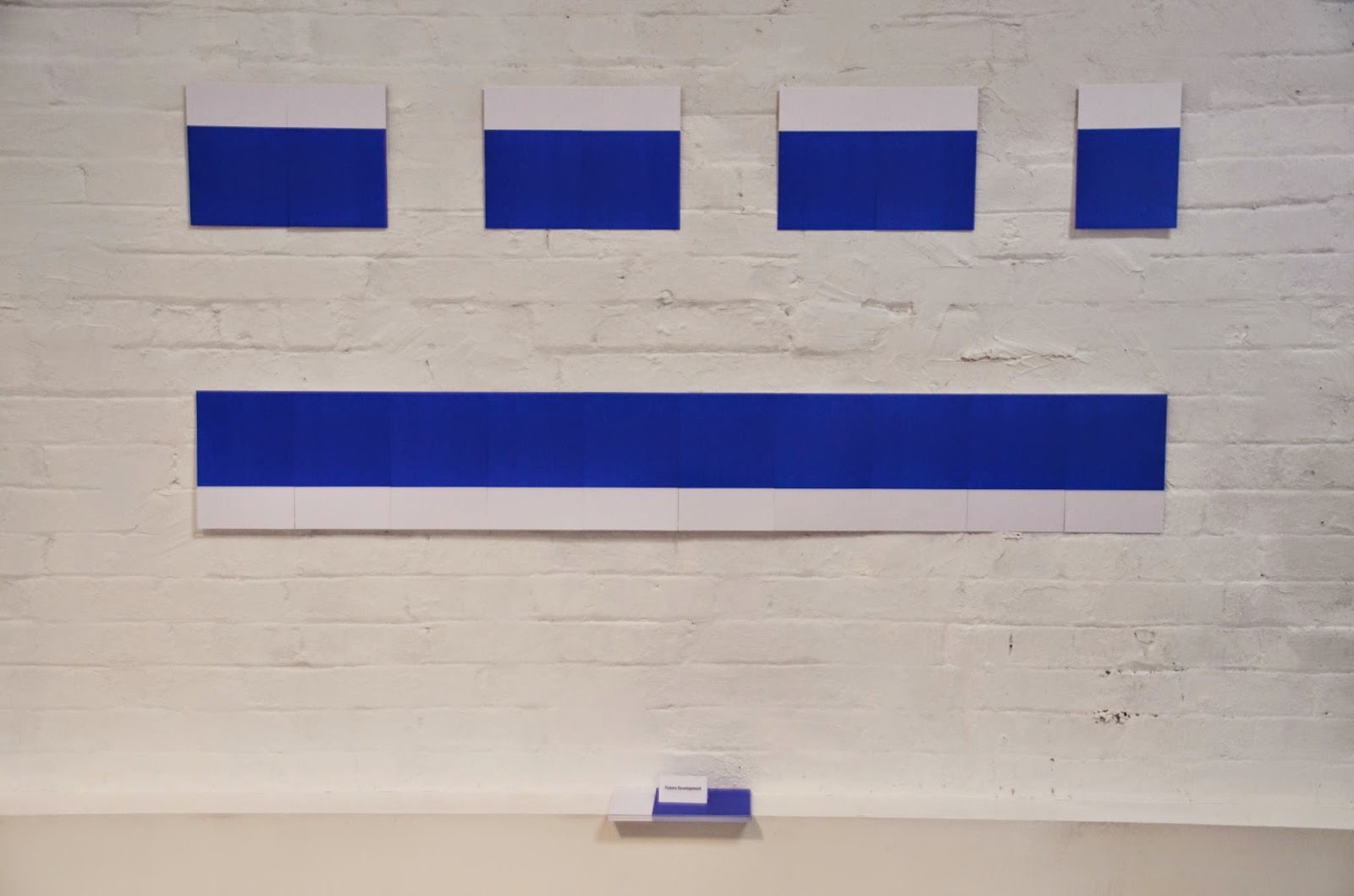 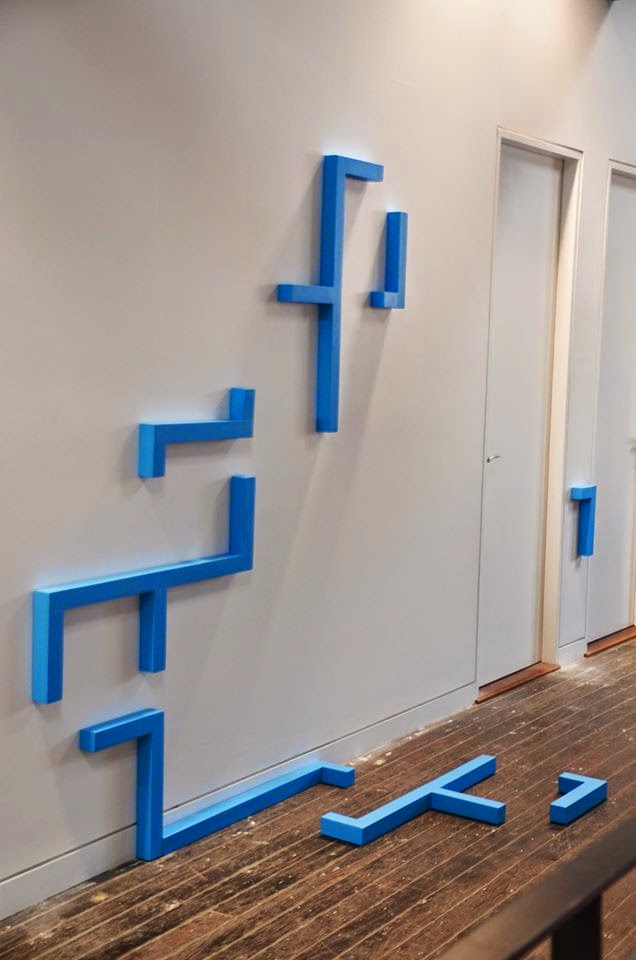 The month of May brought two international artists, Christine Boiry (France) and Wahida Azhari (Germany) to our shores. Through the increasing connections made possible by social media they were able to bring their unique creative processes for us to view. Such is the power of Facebook they were welcomed, dined and entertained for the entire month by numbers of accommodating local artists who were rewarded with warmth and insightful conversation.

The first one at Articulate Project Space saw them teaming up with regular co exhibitors Shawn Stipling (Great Britian) and Bogumila Stronjna (Poland) in a show titled The Blue Square Project. The square is offered as a challenge to reinterpret its constraints as a traditional format and its historical use as the basis for abstract art in the 20th Century. The show was curated by Stronjna.

Each artist had their own conflict with the shape in an effort to bring movement, dynamism and commentary into their individual installations.

Stipling utilises the suffocating affect the directive had upon him by commentating on the staidness of British housing architecture and perhaps unwillingness to employ creative vision in an increasingly pragmatic culture. Stronjna creates a lovely wall and floor assemblage where the fragmented square has been a long-time visual vocabulary for her. Boiry creates a beautiful cascade of retangular shapes using the whole gamut of blues from cerulean to ultramarine meticulously sequenced to create movement and rhythm while Azhari’s minimalist work is a painstaking emphasis on the dynamism of the negative space between two small blue diagonal forms.

The second show a Factory 49 with Boiry and Azhari sharing the space explored similar ground without the restraint of colour limitations. The space vibrated with energy and contemplative emptiness.