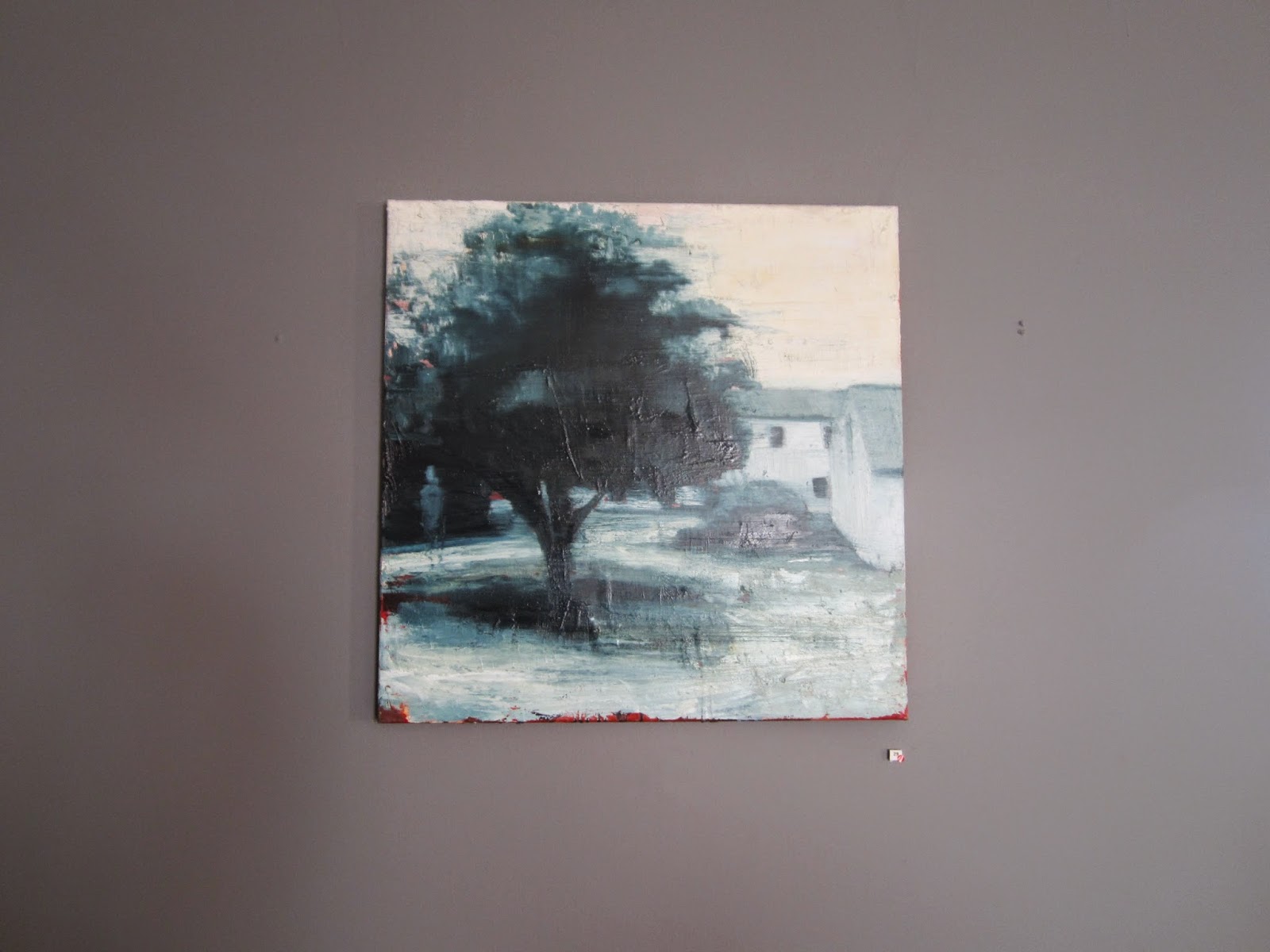 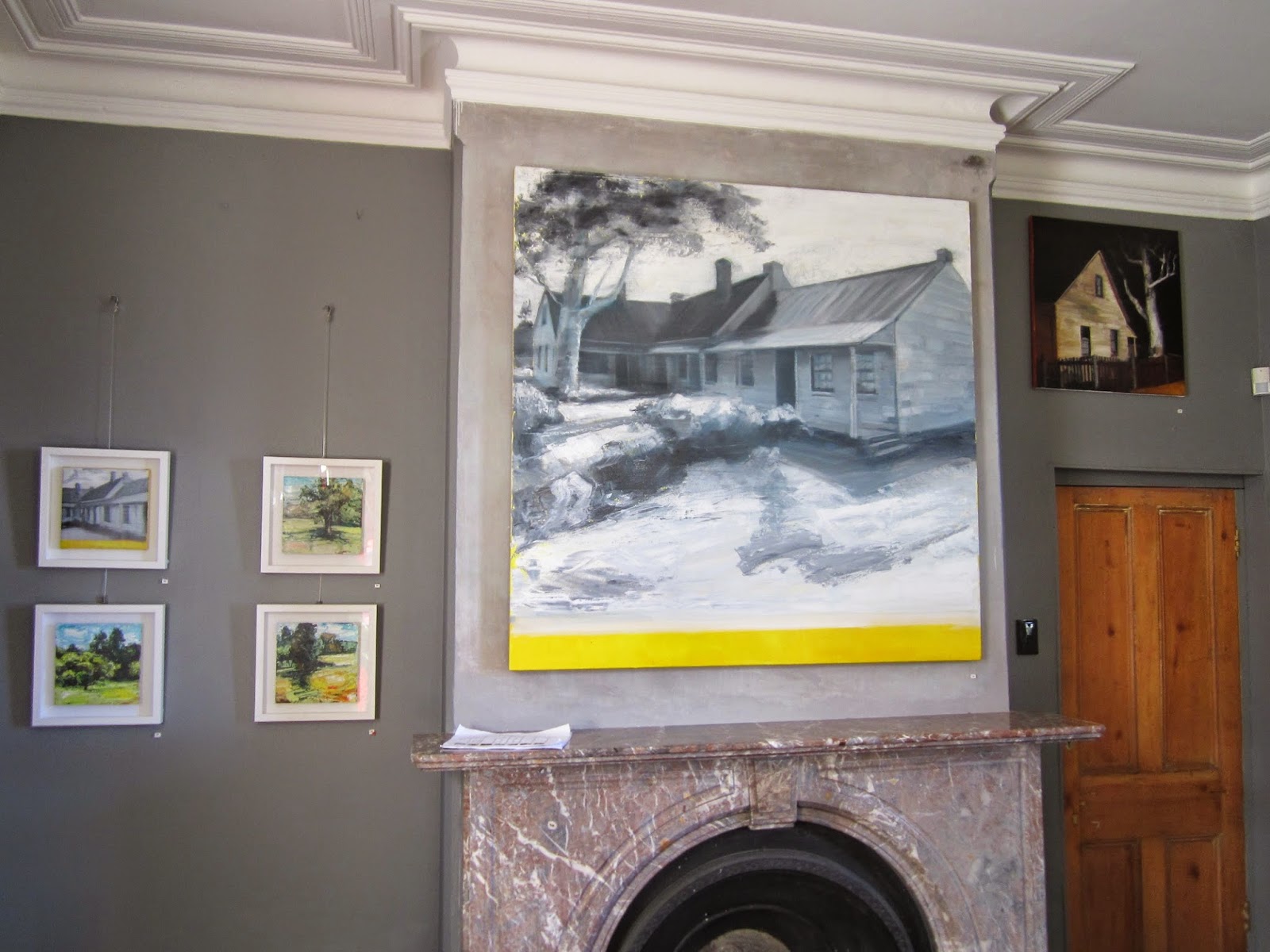 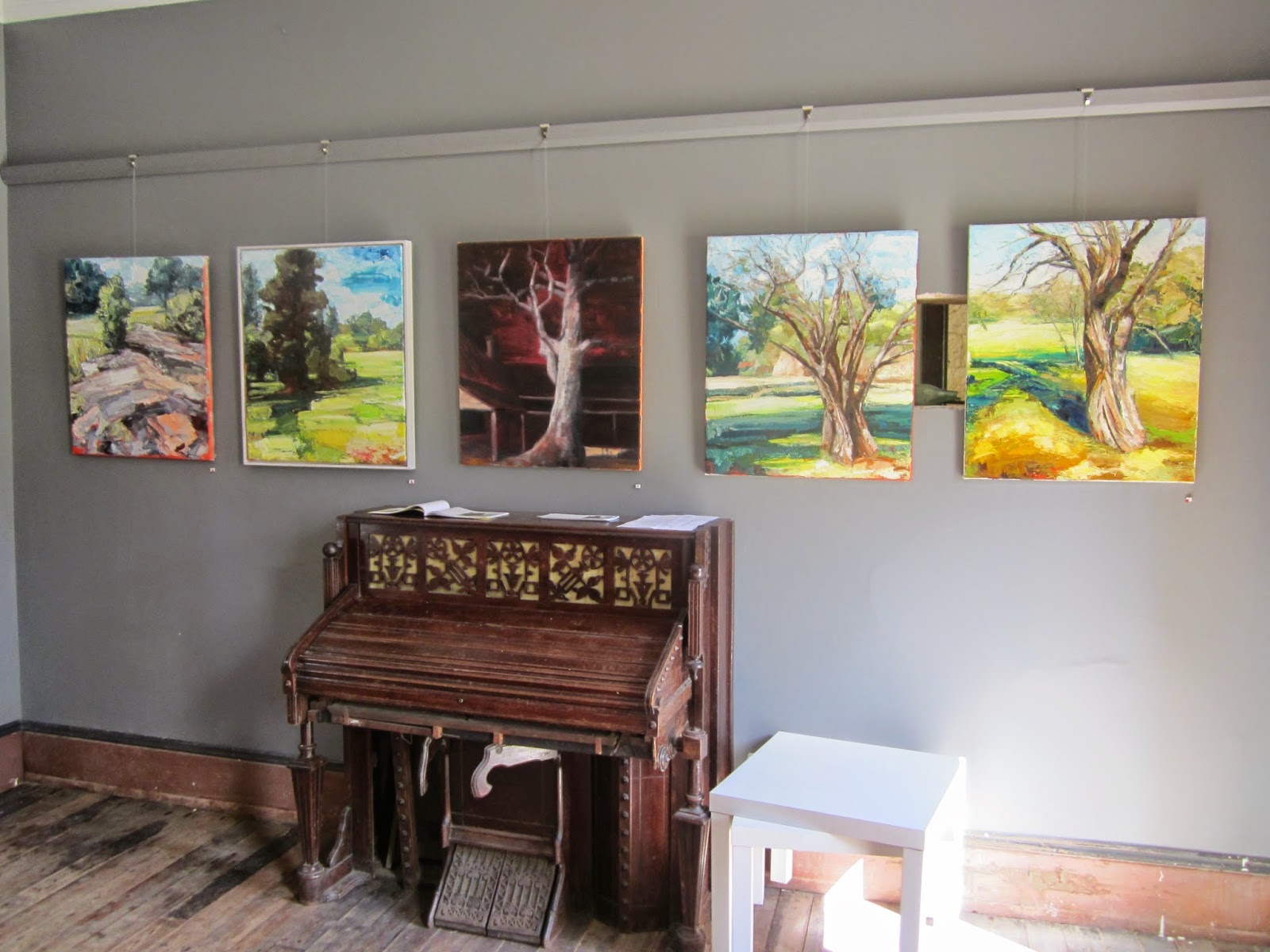 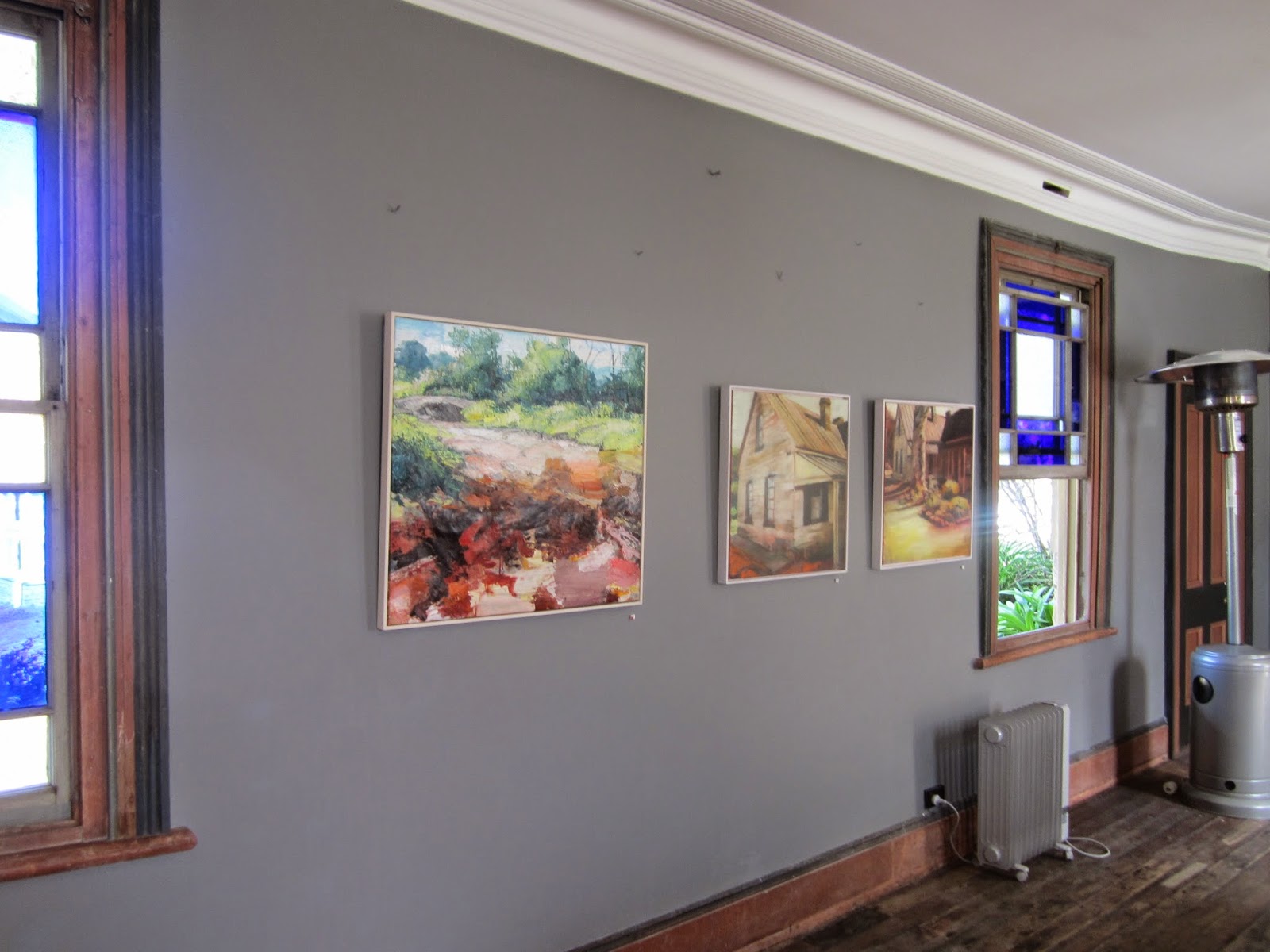 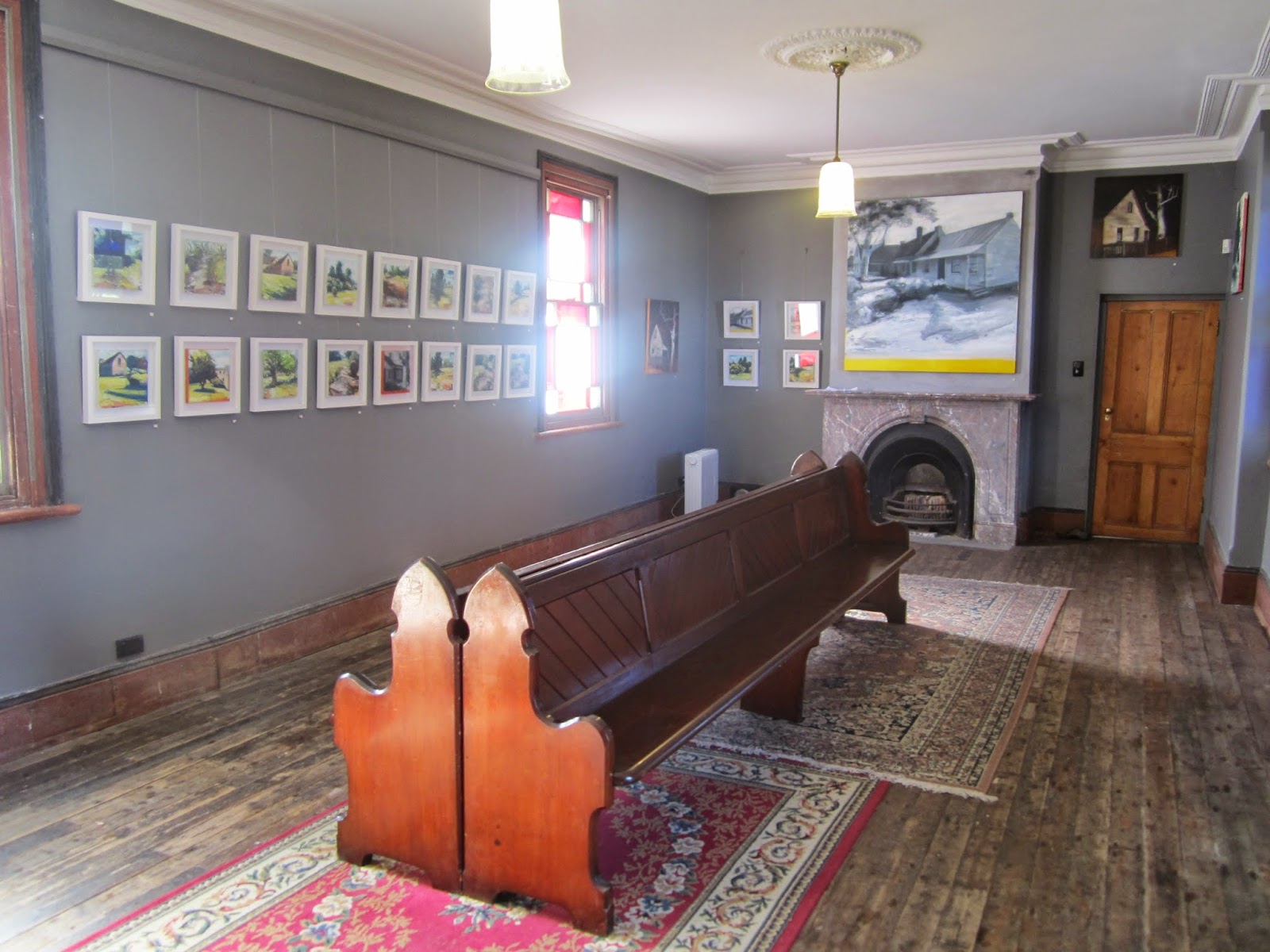 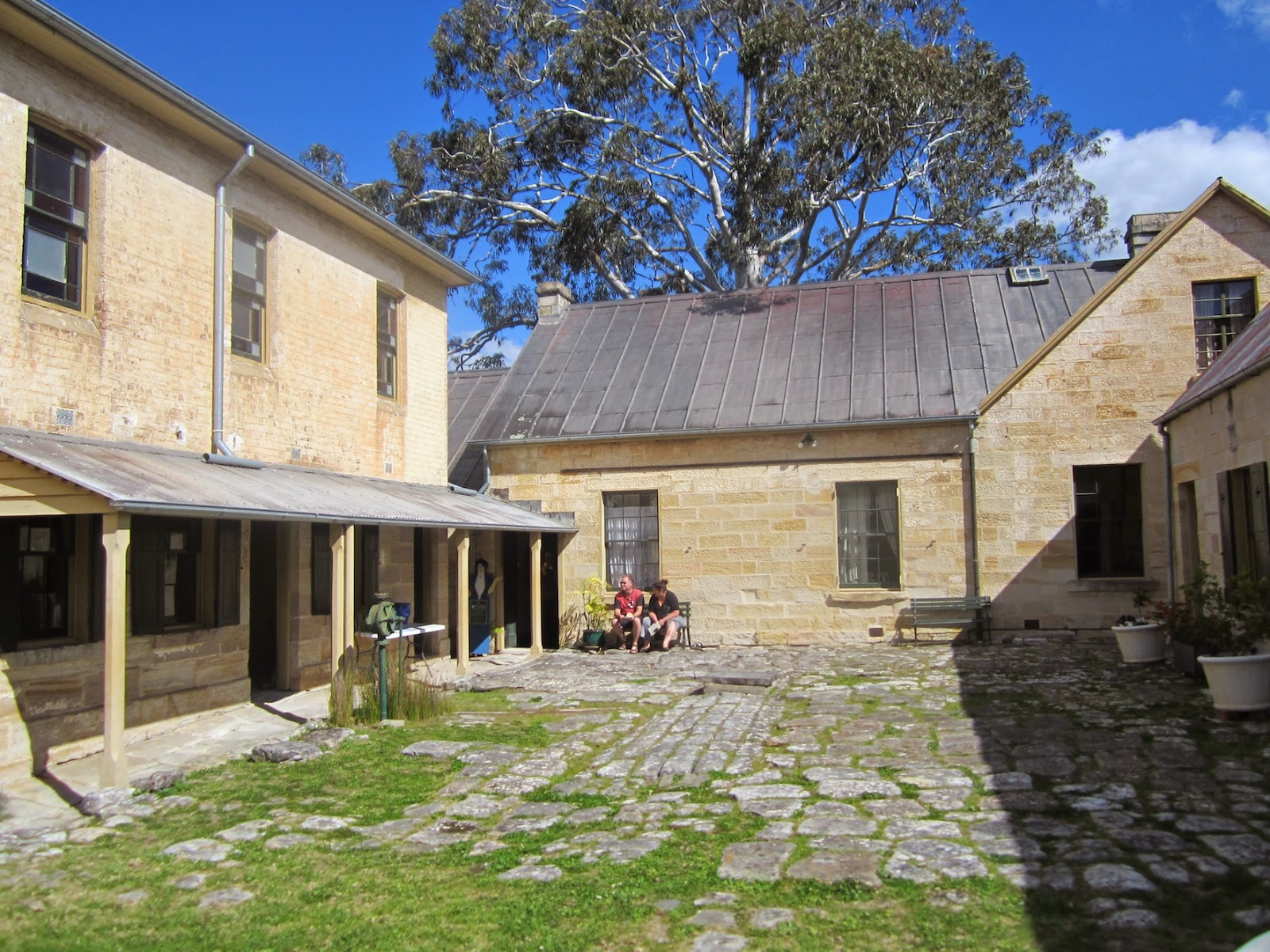 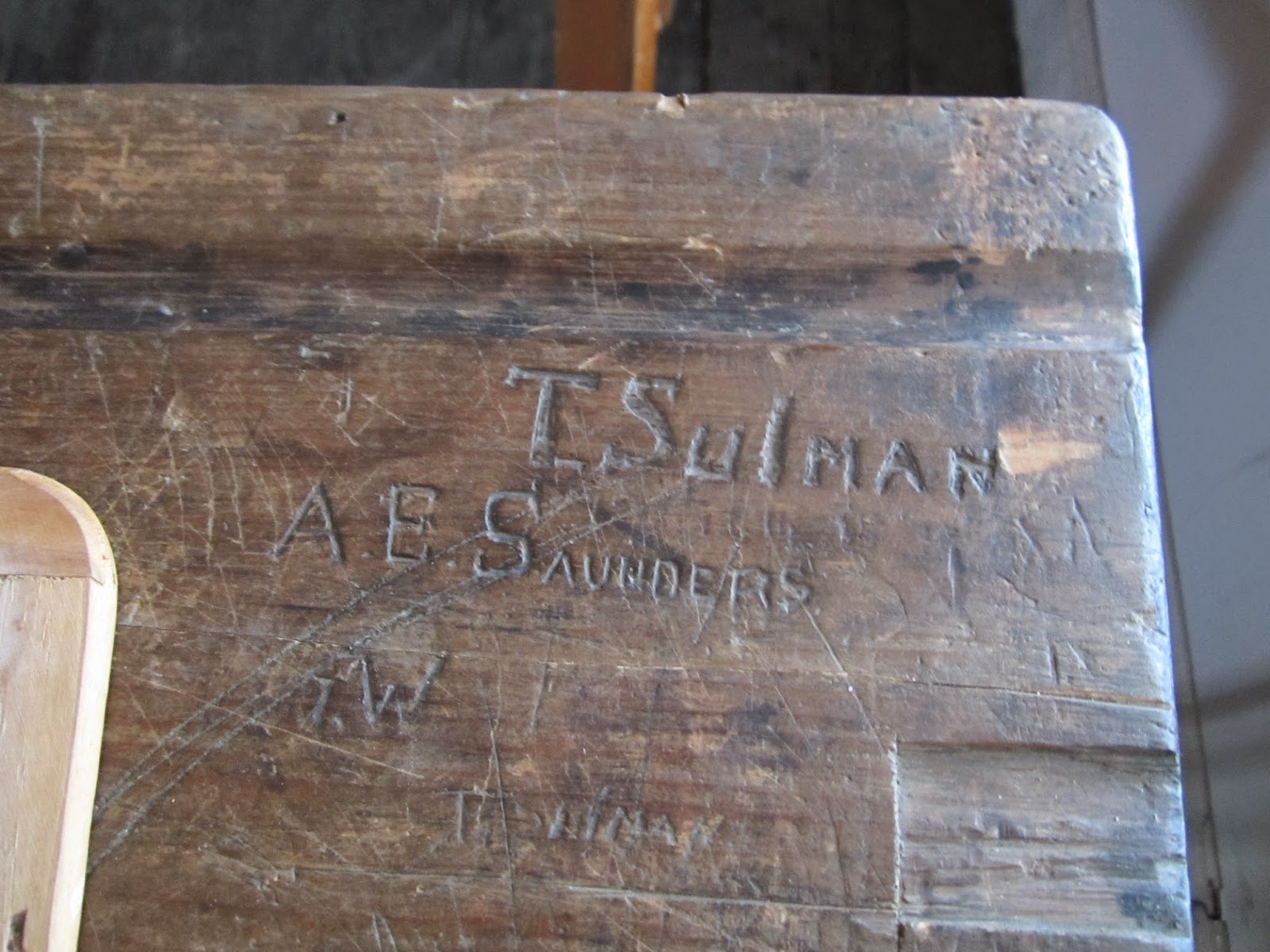 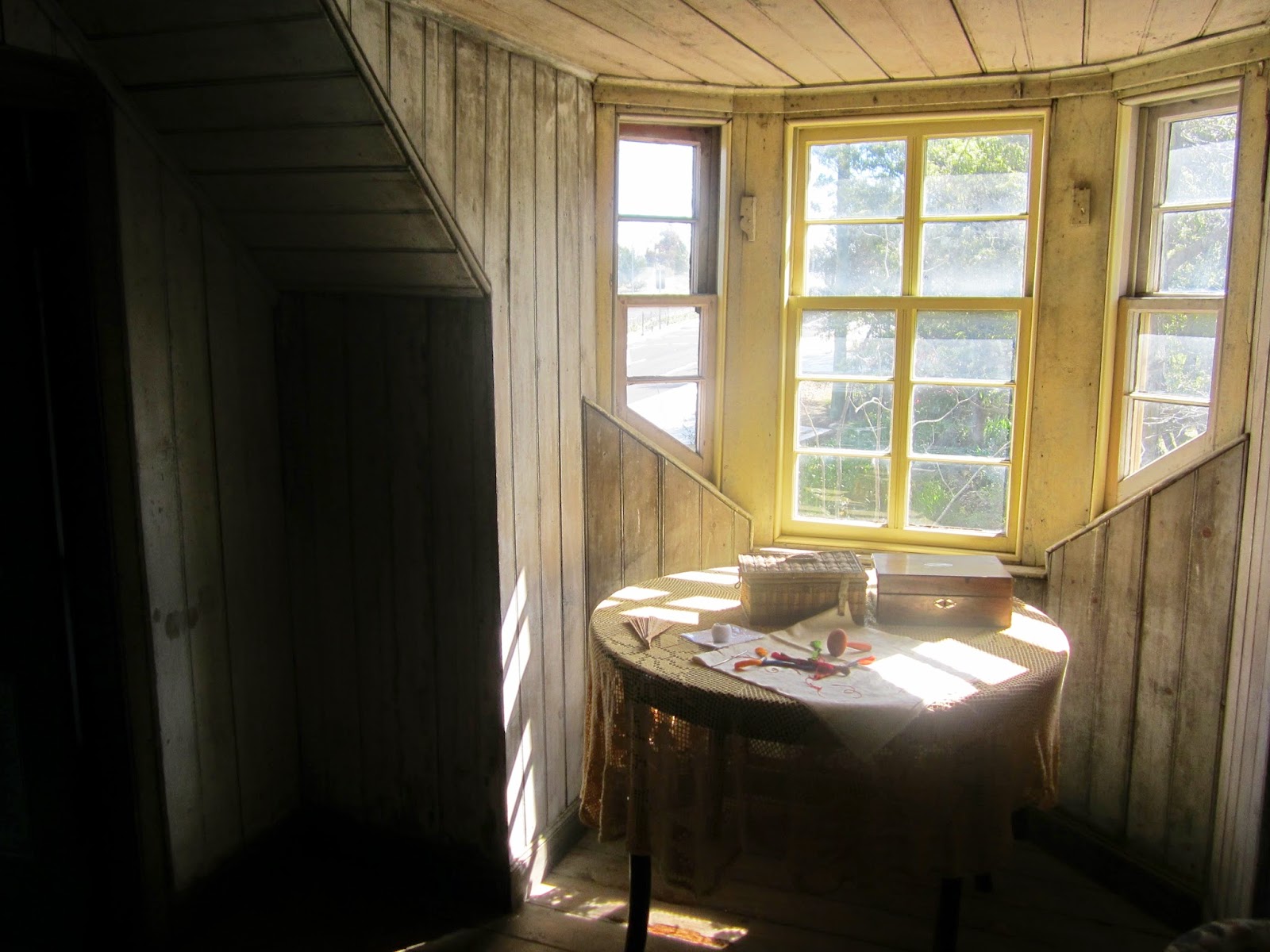 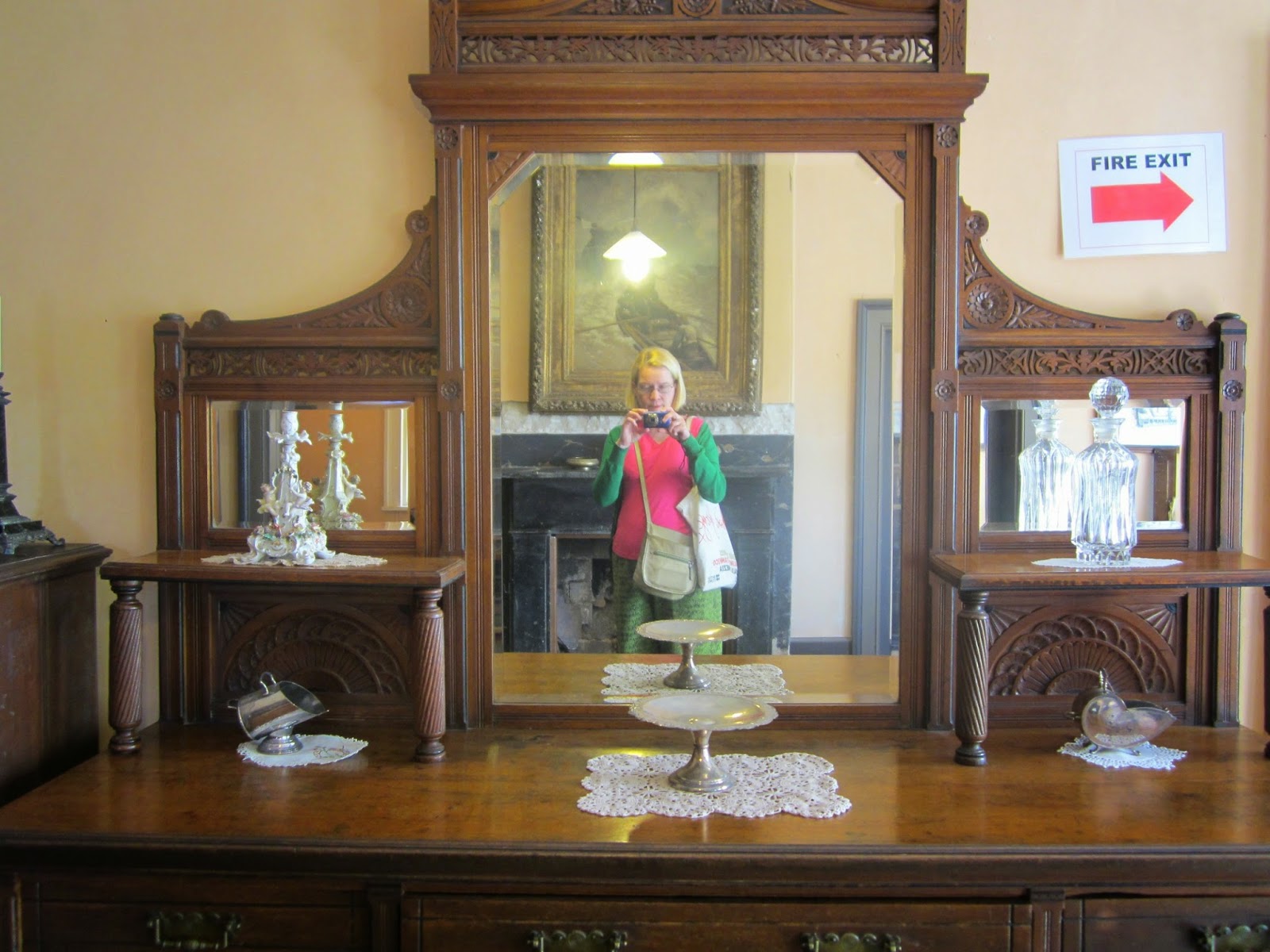 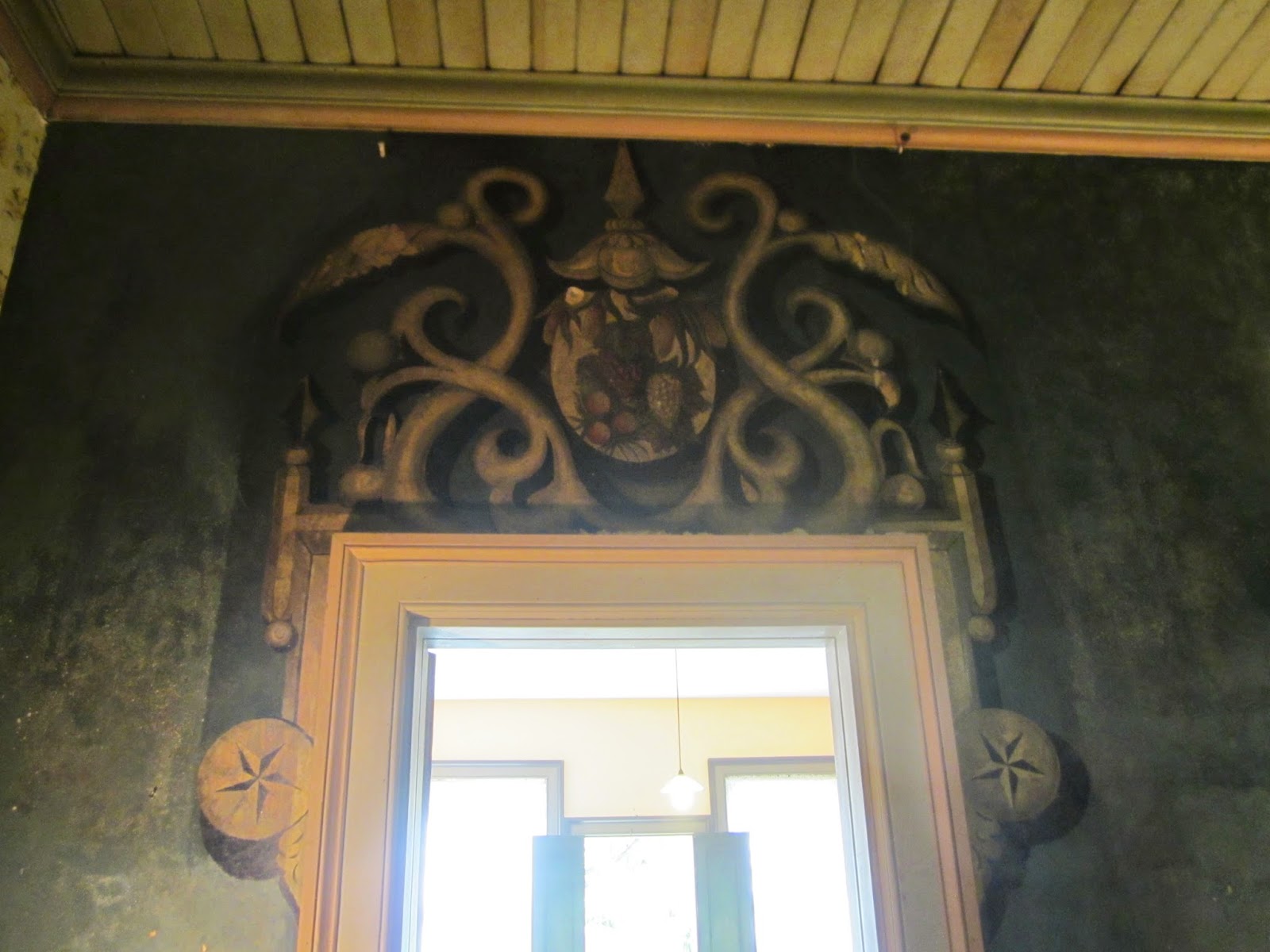 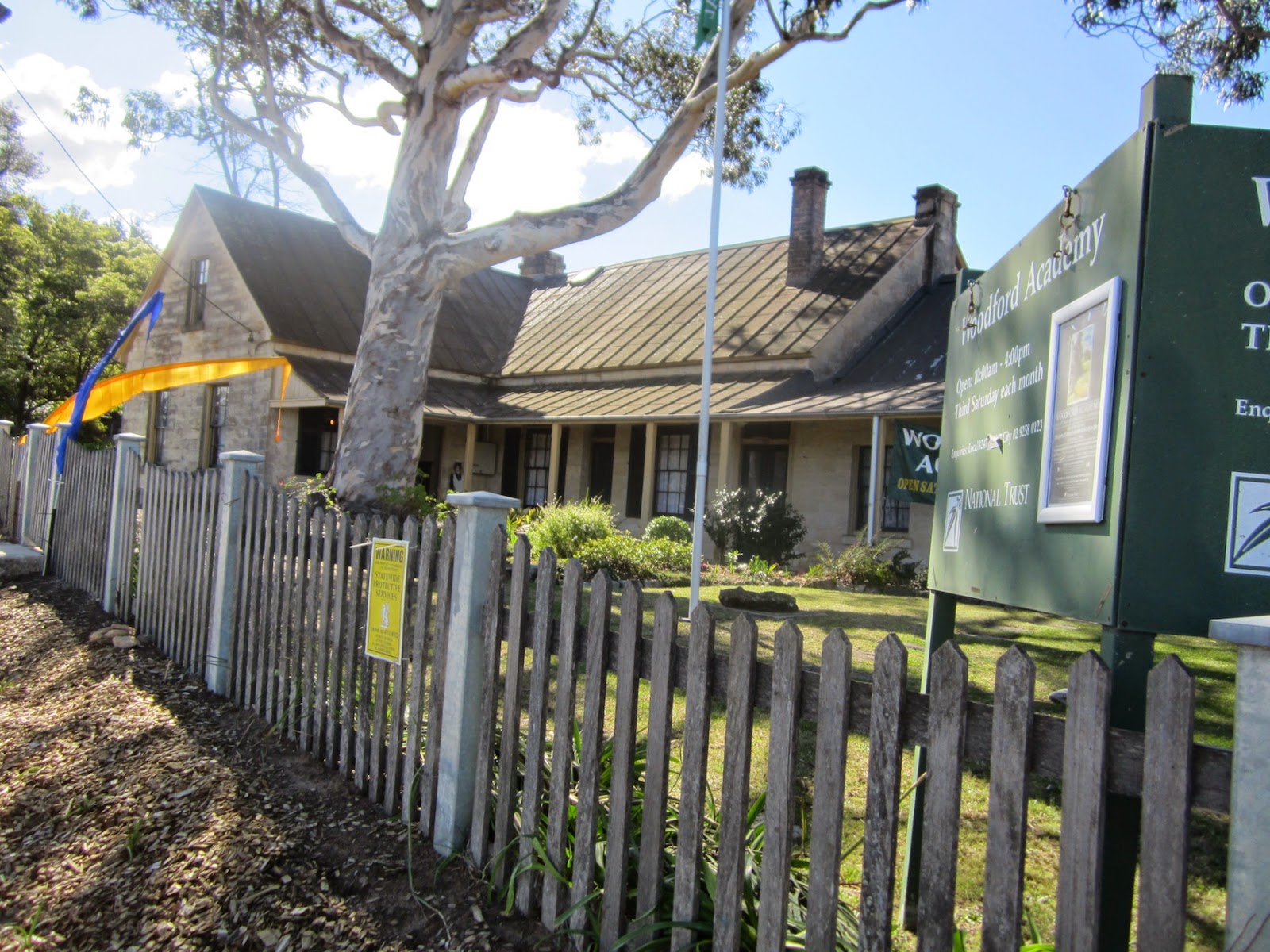 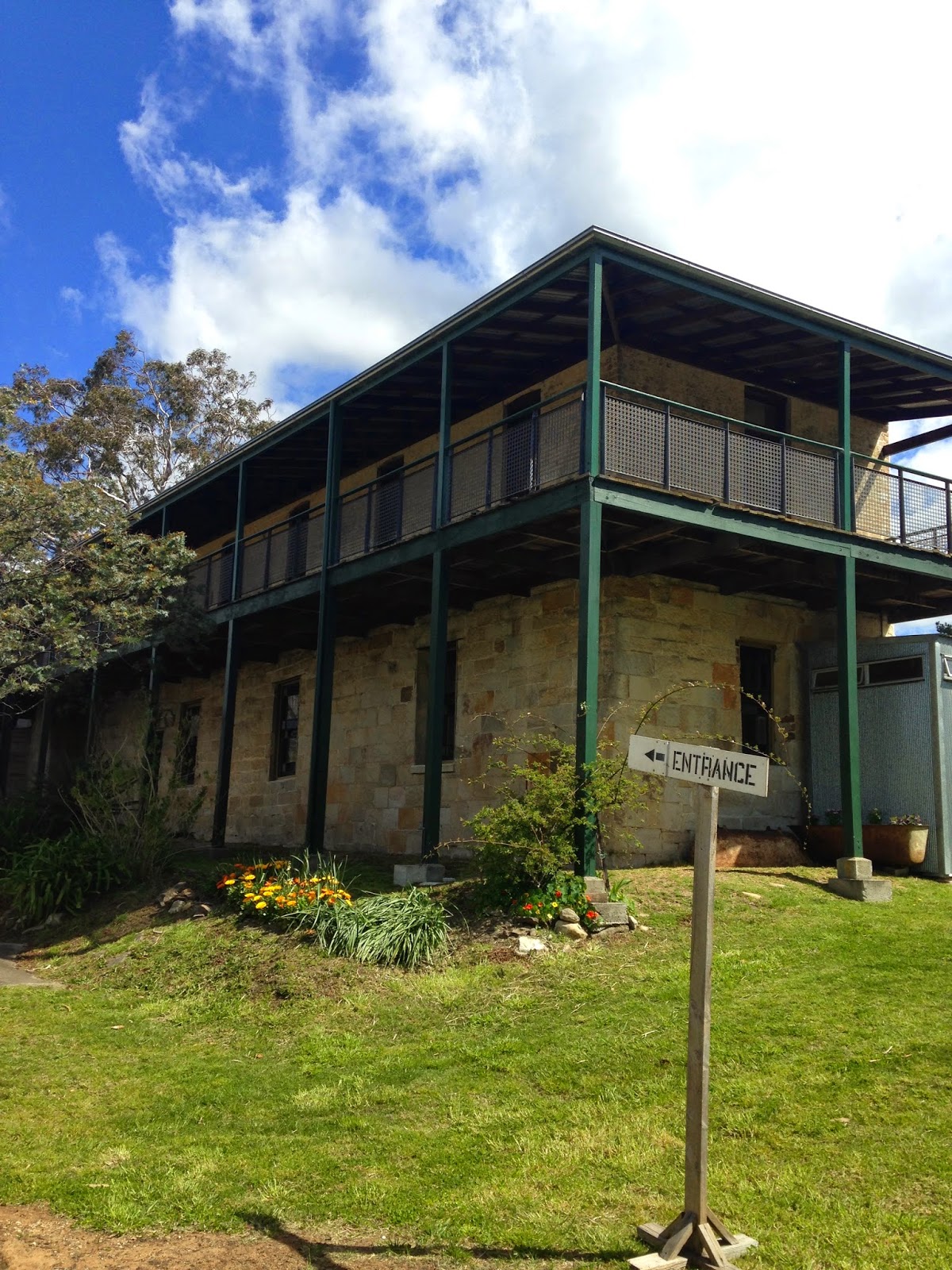 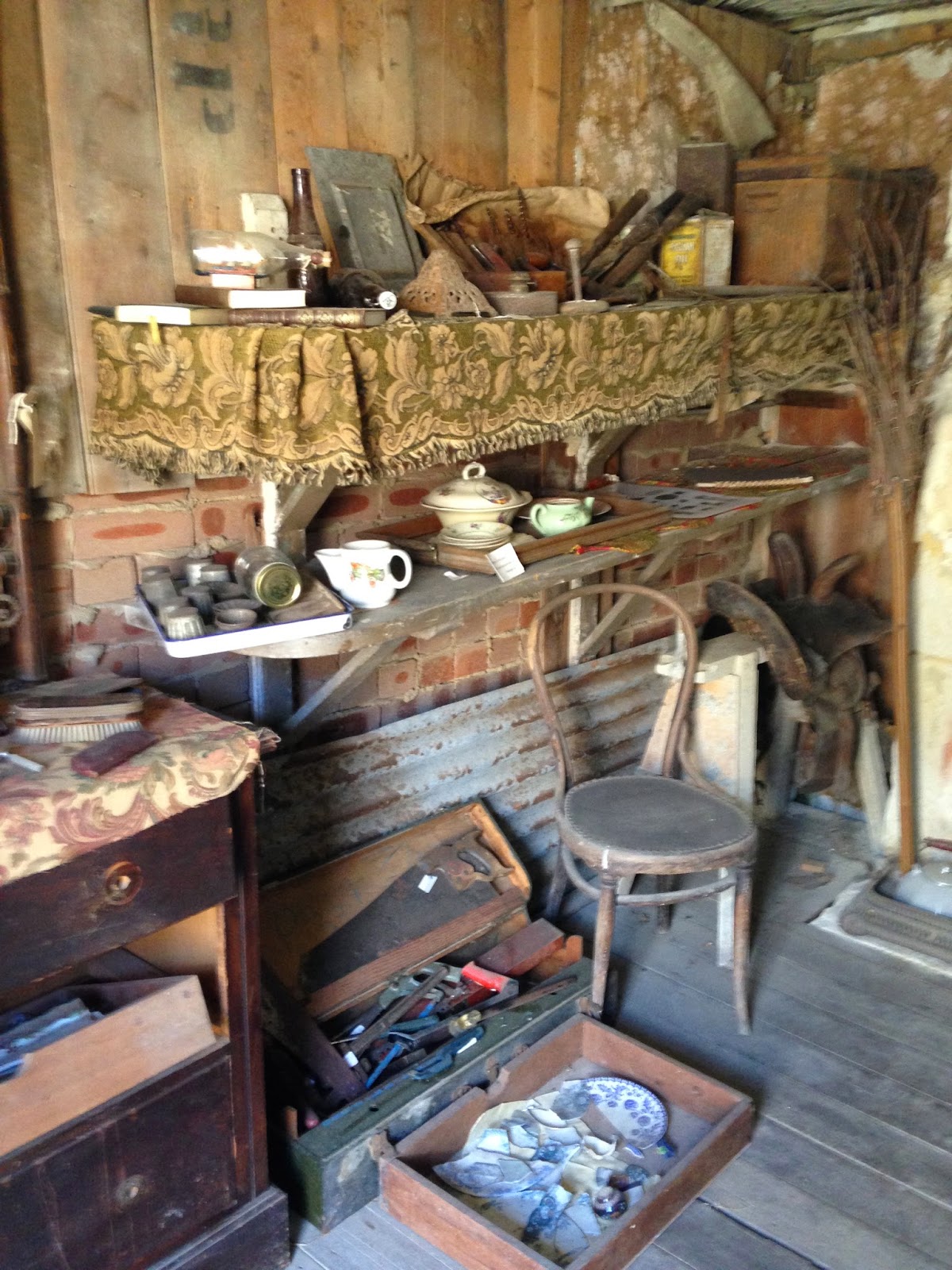 If you found yourself up for an afternoon on a weekend to wander around the grounds and take a gander at the colourful history and past lives of the amazing Woodford Academy then please do so.

Well worn sandstone pathways that you do need to take note of where you put your feet or it may end in tears. Cramped living quarters, low door frames for those once height challenged ancestors and an unending collection of artifacts.

Woodford Academy is haunted and if you don’t believe me then check it out for yourself. In a past life of the museum it served as an Inn and word has it that some of the regular brawls ended in deaths and to add to the drama I was informed that some of these deaths resulted in the ghosts being known by name. Spooky!

I had a lovely afternoon talking to Michael Herron about his exhibition and the Woodford Academy itself. I’ve been following Michael’s work for more than a couple of years now as there is something about them I really love. Could be the sweeping trowel like gestures, the lathered in love thickness of the paint or the fact that none of these works were half arsed. Each stood alone strong and proud. As the landscapes had a strange effect on me thankfully the ones I really loved were under glass as I probably would have wanted to touch them.

The Academy’s grounds are wonderfully portrayed in this series of paintings as it gets very windy here on the mountain and the blustery cloudy skies are well represented. Thick oceans of grass with shadows gracefully dancing across the ground, the full exuberance is there, transporting you to feel calm and refreshed at least until you stand in front of ‘Spirit, Tree, Academy’ oil on linen, the ghostly figure watching you from the unearthly realm causing a slight chill to fill the air.

Truly is a glorious place to visit and there really should be more attention paid to the wondrous museum. My tour continued upstairs and as soon as I got to the top of the stairs I could feel the heaviness in the air, walked briefly through the pokey rooms and felt the air on the back of my neck stand up so time to head back downstairs. Restoration has revealed the layers of time and paint, Sir Henry Parkes comfy sofa chair sits waiting for him in the sitting room. Relics from time past are vast and well kept, it’s one big history lesson as while you are studying one of Michael's paintings in walks a figure dressed head to toe in period costume, if you saw her from the corner of your eye you would most likely assume it was a ghost.