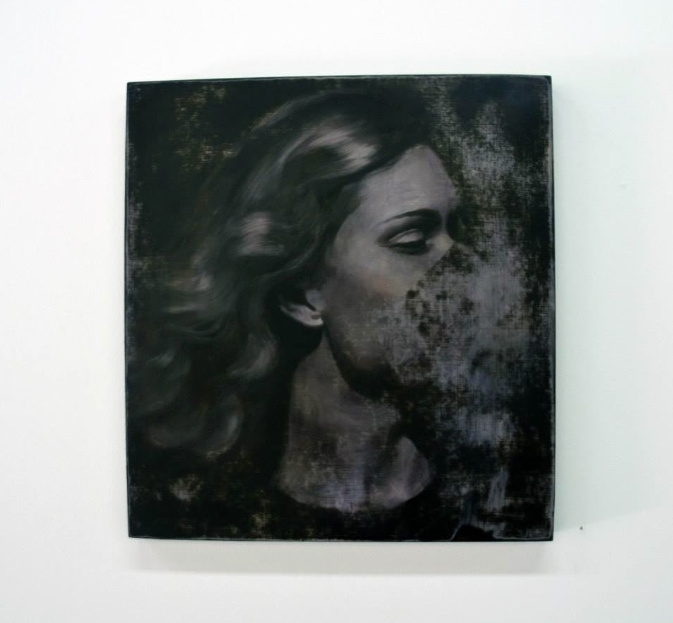 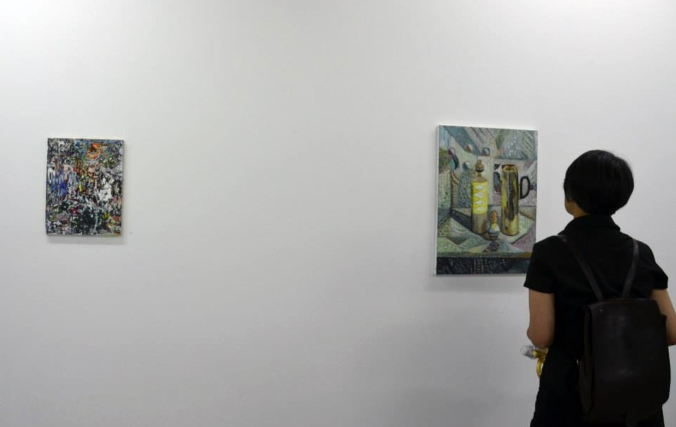 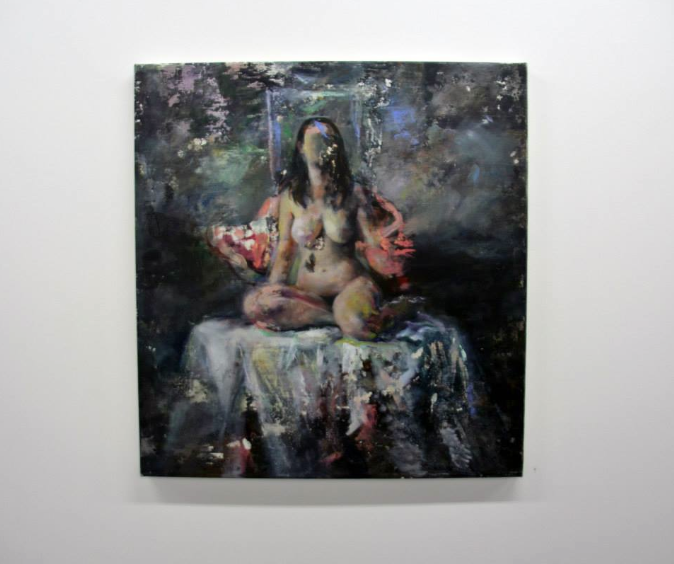 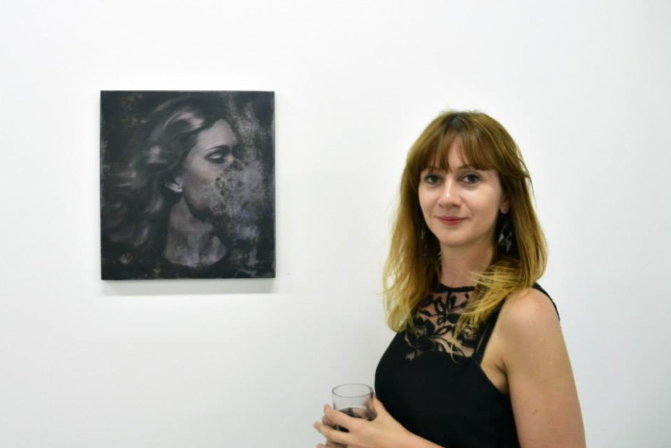 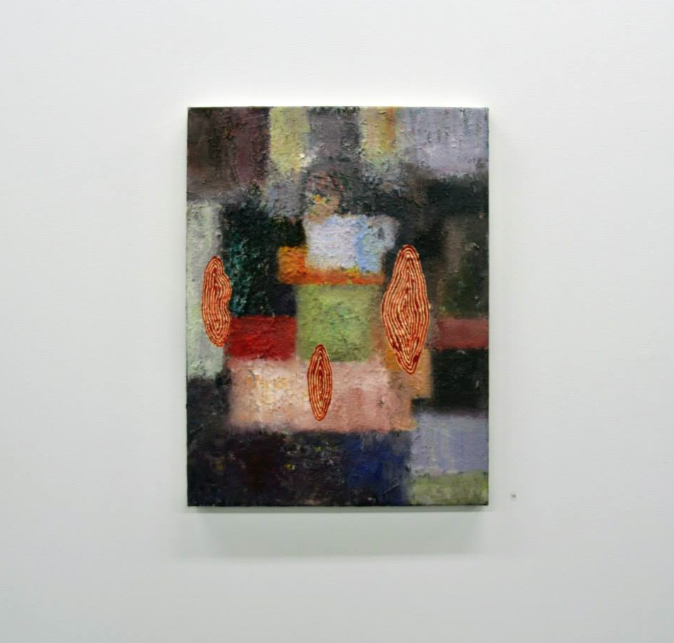 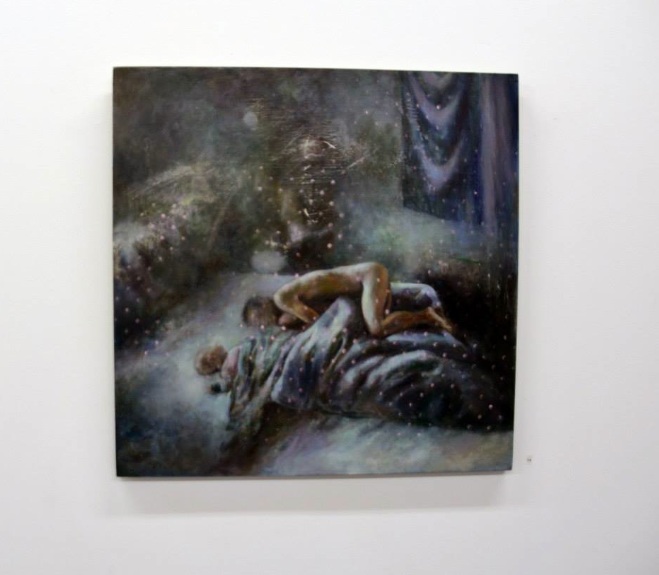 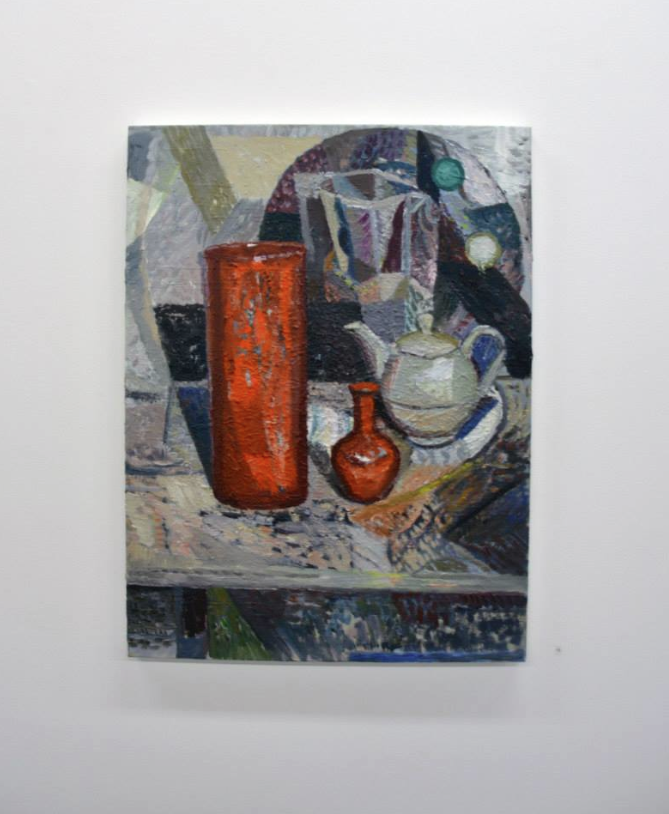 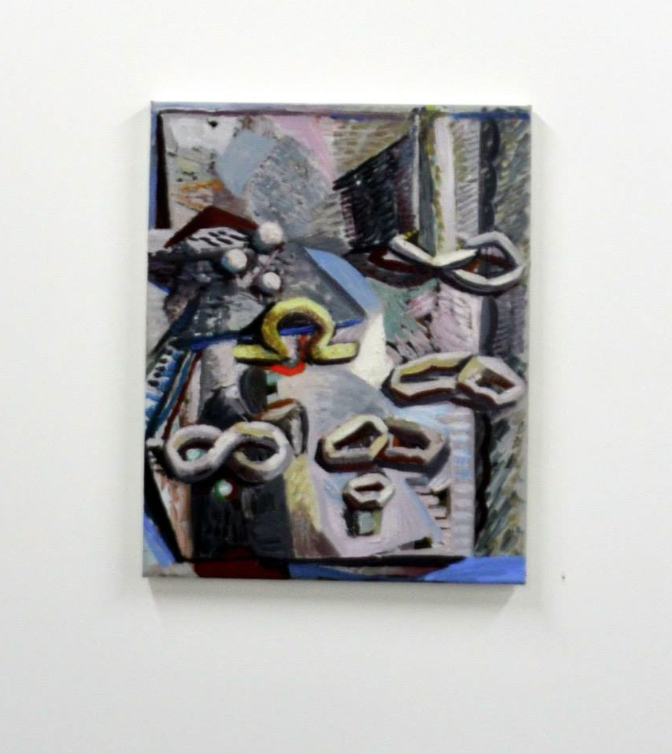 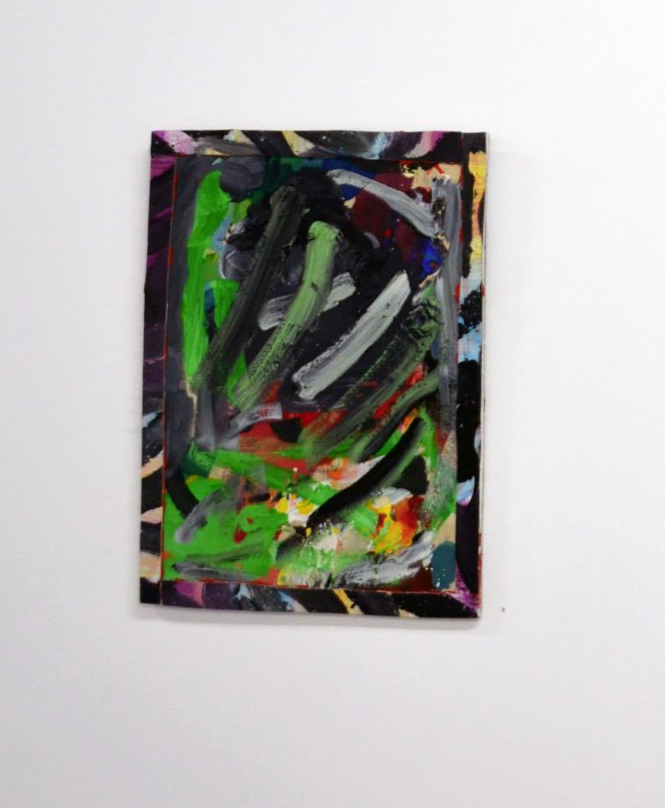 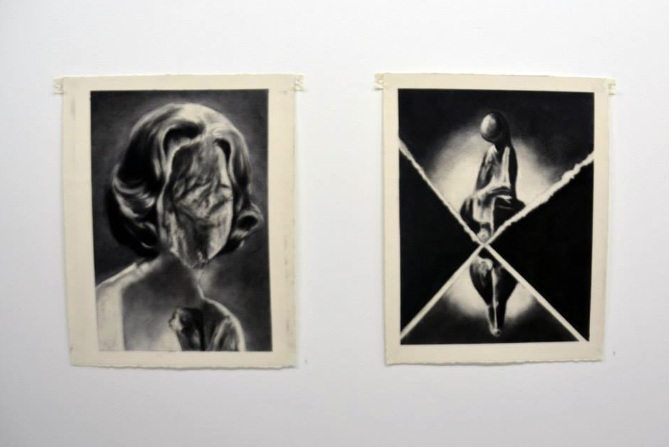 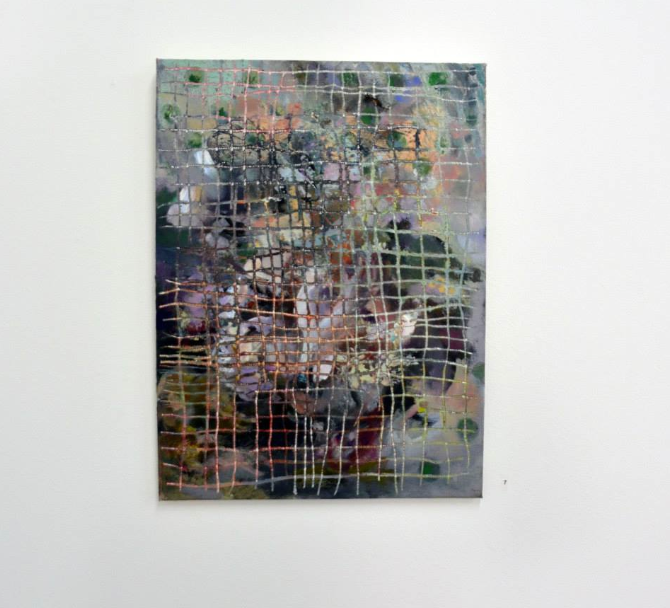 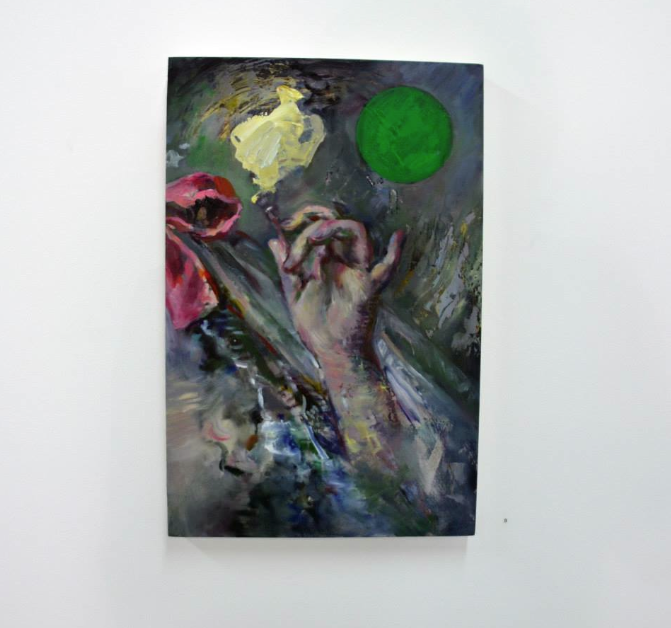 When a painter embarks on a life of creative endeavour she/he finds it is a largely solitary journey. They develop their unique visual language and symbolic intent independent of other practices.  Of course there are crossovers and appropriations but a well developed artist holds a presence that is unique and recognisable in their output.

The four artists involved in the latest show at Airspace Projects are Heidi Yardley, Yvette Coppersmith, Paul Williams and Chelsea Lehmann.  Brought together by Lehmann they have contributed and collaborated on works under the directive of the shows title “Iconoclasts”.

Simply put an iconoclast is a breaker of images, defacing, erasing and disrupting their context or reading.  It has roots in the act of denouncing the visual propaganda of a Christian nature.

Each artist creates a conflict, at times aggressively attacking an image although it is unclear whether the intent is to be destructive or cathartically expressive.  Particularly Yardley and Lehman, both exquisite figurative painters have violated the pristine images they have created by erasing, rubbing back and slashing at the surface and the figure.  In both cases the eschewing of preciousness brings an edgy energy to the work. Coppersmith’s textural compositional fracturing of form and Paul William’s instinctive organic abstract rendering subverting accepted notions of painting round out this interesting show.

Adding an unpredictable dimension to this show is a few pieces that were passed on from artist to artist, each contributing to the works in response to the previous artists efforts…. an exquisite corpse of sorts.

While Williams pondered keeping to the style already established he chose otherwise by imposing his individual marks to drag the pieces into a more interesting cohesion.  Yardley finds herself exploring abstract geometry because the painting demanded it even though it is foreign to her own practice.  There are references to Odilon Redon, paintings done over anonymous student work and transformations that bear tenuous relationships to the original painting.

Overall the show presents complex interactions that create an awareness of more than one direction a painting can take by disrupting or altering its preconceived path.