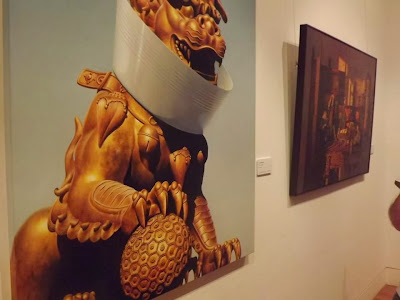 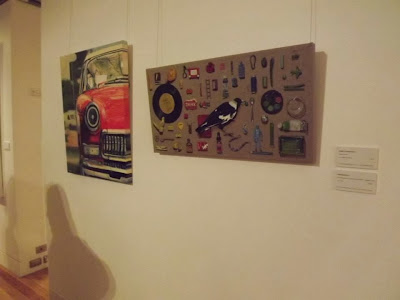 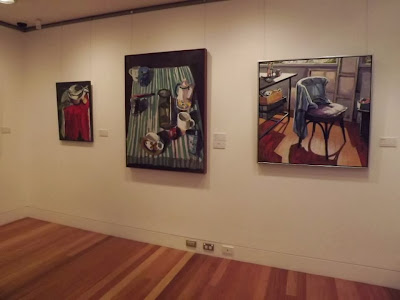 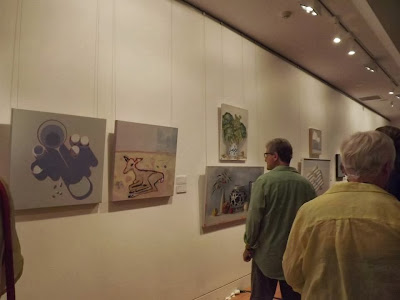 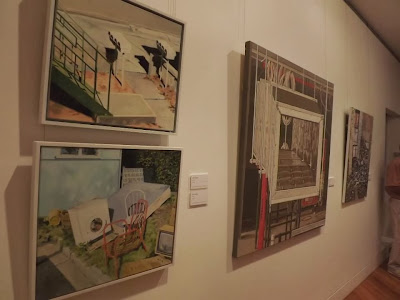 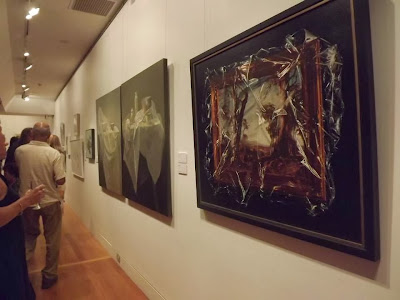 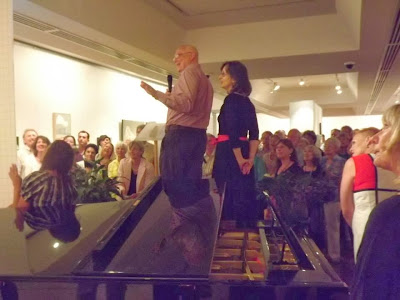 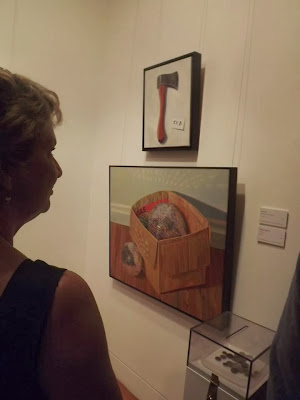 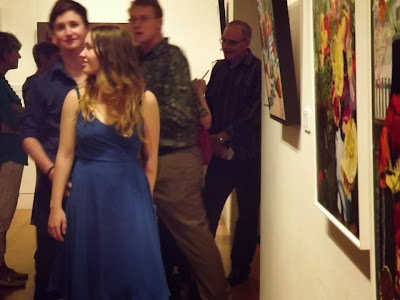 The Eutick Memorial Still Life Awards is the only still life award in Australia and is acquisitional and exists by virtue of the philanthropy of Dr. Mal Eutick as a legacy to his late parents.  The winner receives a prize of $18,000 plus the opportunity for their own exhibition.  Judges this year were art critic John McDonald and Director of the Grafton Regional Gallery Jude McBean.

The winning painting “The Empty Vase” by John Bokor was controversial and McDonald at the critics floor talk told the audience that it “took you into the nitty-gritty of how a painting was made. There were more complex paintings completed with greater finesse, the struggle and life in this painting appealed to me”.

Bokor who lives at Bulli in NSW is a painter of landscape and still life. He does not arrange objects preferring to paint what he finds around him.  The irony of this winning painting is that it has had another life in that it was already exhibited at King Street Gallery on William as an entirely different painting.  However, Bokor decided to repaint it as he considered it unresolved. It was scraped back and many of the original objects were eliminated.  The vase indeed originally held flowers.

The painting is bold and unabashed, almost dishevelled yet stark. The perspective is hovering and oblique, a glance almost.  The colours are strident but not alarming and the black background is gloomy, as if the objects themselves are attempting not to be consumed by the void.  The empty vase suggests a loss.  Of all the paintings in the exhibition, it has the most sense of the instant to me, unstudied but noticed.

Other paintings of note include those by Ted Hillyer “Still Life” an interior composition with pot plants, fruit and light bulb (notable for it’s composition and mood), Sara Wade “Vacant Posessions” an assemblage of vacant chairs (notable for the presence the chairs emanate), and Pam Tippett “Red Onions in Plastic Bag” which is just that (notable for it’s technical excellence and beauty).

Still life as a genre has been around since time immemorial, however it came into it’s pinnacle through the Dutch artists of the 16th Century.

The EMSLA as an exhibition has covered all types of interpretations, including the classical, the abstract, the detailed and the clever.  Technically fine detailed paintings hang with those made with broad brushstrokes and some rely on little more than their title to deliver their punchline.

The Mike Blewitt Coffs Coast Motors Sponsors Prize was won by Matthew Quick for “Remedial Measures”, a painting which symbolises the strangulation of Chinese growth by varying measures. The local artists prizes donated by Haydyn Dennis of Estuary Residential Estate were awarded to Isabel Rickets for “Drunk” and Laurie Mossuto for “Still Alive”.   Rickett’s work incorporates acrylic, collage, graphite and charcoal and is aesthetically pleasing in an abstractive style.  Mossuto is a previous EMSLA winner and this work is graphic in both it’s style and statement.

Gallery Director Dr. Leigh Summers is keen to have the EMSLA embrace all interpretations of still life.  2013 saw 230 entries, 70 hung works representing 57 artists, 11 of which are from the local region.  The exhibition will travel to the Parliament of NSW in Sydney from 31 March to 2 May 2014.  We can now only look forward to EMSLA 2014 to see what fresh aspects might be exhibited.

Mark it in your diary! 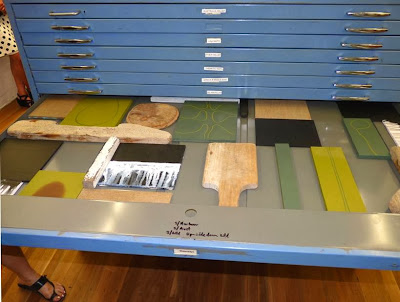 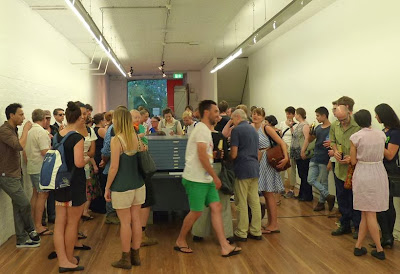 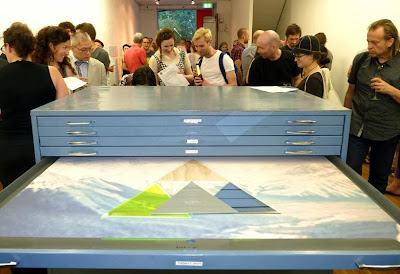 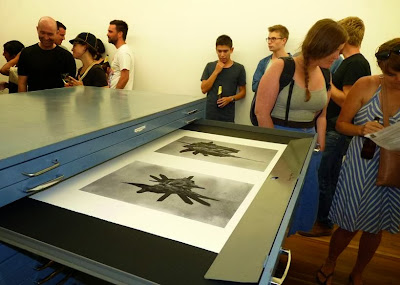 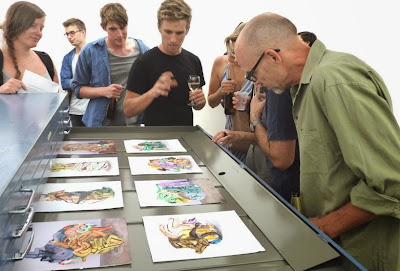 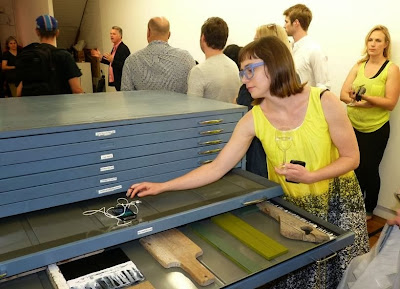 As a part of Damien Minton’s One Night Stand series of shows, Connie Anthes’s highly anticipated ‘Low Relief” exhibition opened last Tuesday Night 17/12/2013.  On entering the gallery we are confronted with two gunmetal grey plan drawers one on top of the other facing opposite directions. They sat in the centre of the space surrounded by completely bare walls.

The perceptiveness to conceive the potential of utilising these drawers, purchased from the now extinct Sydney map shop, and the curating of 20 disparate artists of wide ranging level’s of experience and profile is the genius in Anthes’s project.  20 drawers and 20 artists each asked to respond to the original labels on the drawer they’d been allocated, eg Australian Relief, LGA Maps, Asia Pacific Continents, etc.  Exhibitors include Noel Mckenna, Ian Milliss and Peter Sharp.

The effect of this is the creation of a gallery within a gallery where the viewer is compelled to consider the works one at a time with serendipity and a tilted perspective enabling a fresh experience of art viewing.   I found a heightened sense of anticipation as each drawer revealed a treasure trove of creativity.

Some inviting in interaction, as in Eric Niebuhr’s piece, that contained a mobile phone with which you converse with the artist real time addressing his assigned topic, or Madeleine Preston’s drawer of objects inviting you to remove and read books and eat supplied studio snacks.  Other drawers contained paintings, objects, prints etc. All contributors seemed to rise to the challenge that often inspired interesting departures from their usual practises.

The ephemeral nature of a show being open for just one night intensified the experience reflected in the buoyant crowd that somehow instinctively found a way to experience the art in an effective orderly manner.