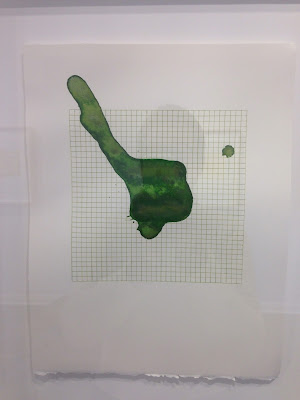 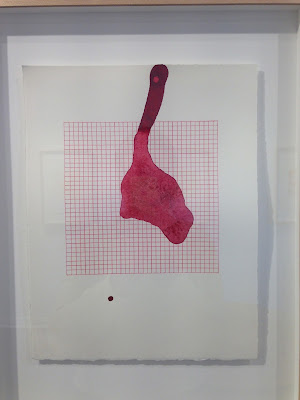 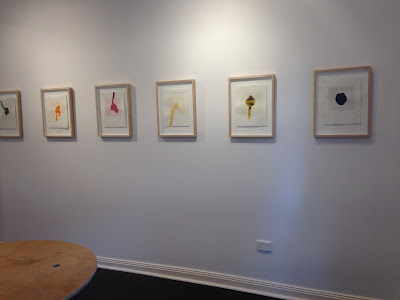 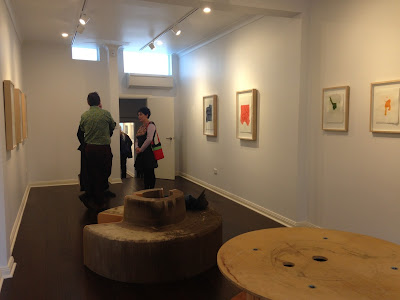 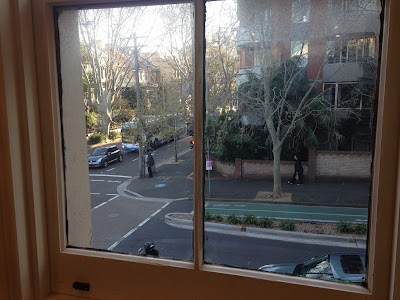 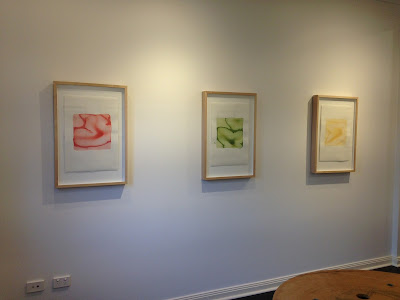 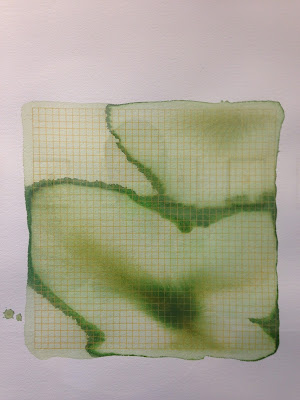 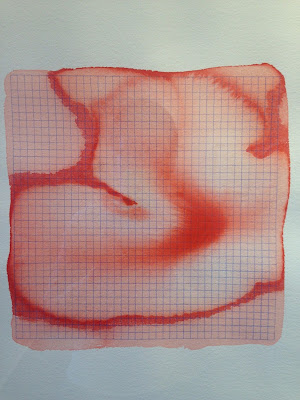 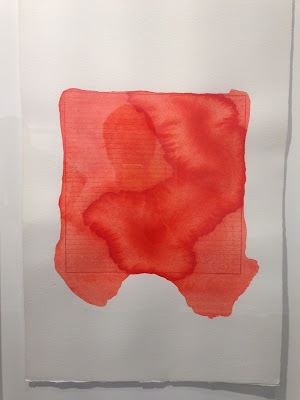 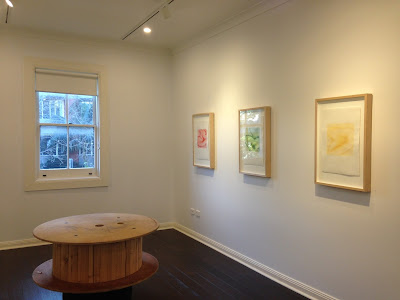 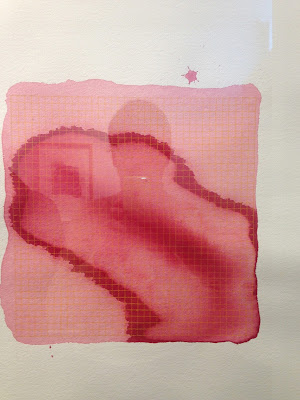 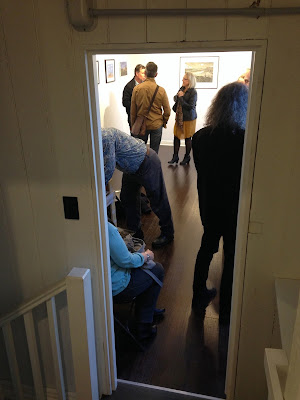 Leonie Watson's exhibition, titled: The Science Experiment, could be considered to be about 'recorded' events outside/on the skin of the body or inside/below the skin.. moments of memories about the body/bodies, filed into some sort of ordered system of data collecting.

There are two series of works, the smaller ones seem like a grouping of characters, abstract shapes which resemble fluids going for a stroll, sticking out their necks, crawling over a roster and returning your gaze with a wicked smile.

The works are on fine aquarelle papers, exquisitely framed, rather like being placed carefully in a glass museum cabinet.  The remains of watercolour and grid measurements, the flexibility and unpredictable nature of the medium present a sort of paradox between hard objective science and the soft poetics of the rendering.