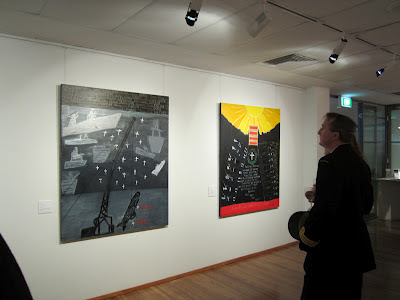 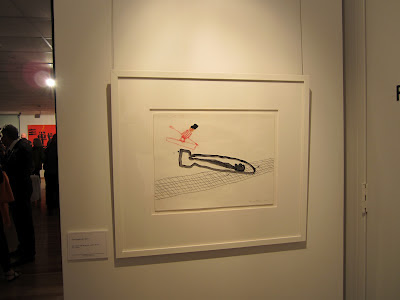 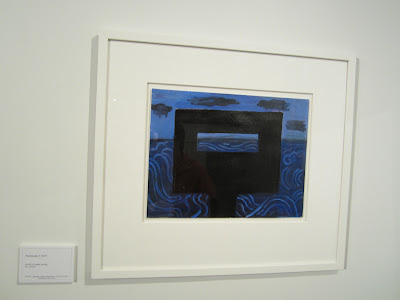 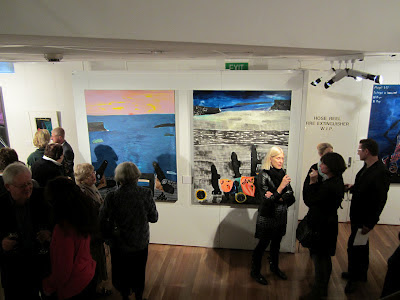 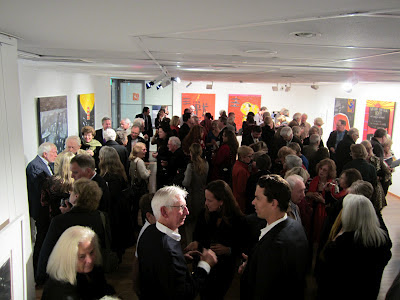 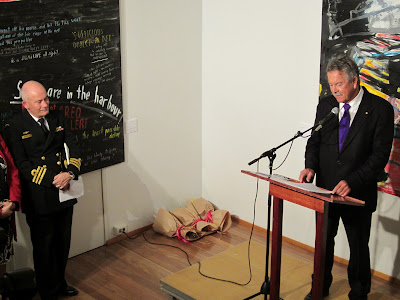 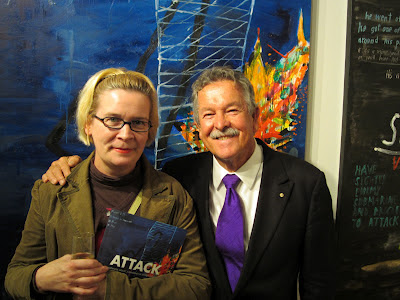 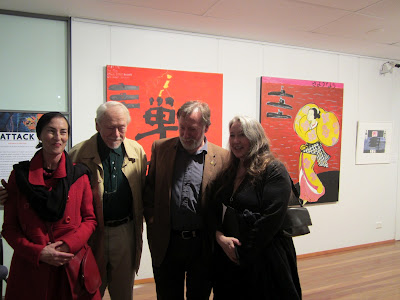 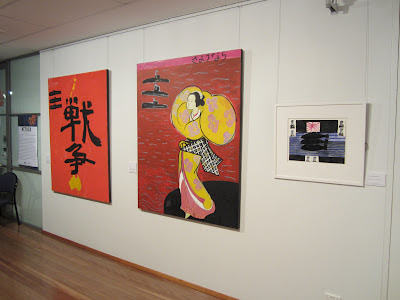 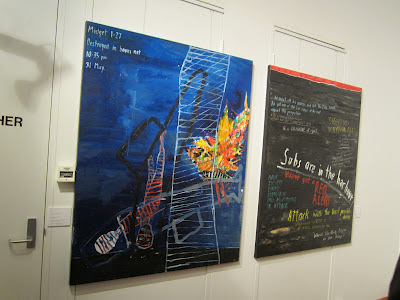 WOW!! I found myself a little gobsmacked and enthralled by most of the works in this war infused body of work, with the story of the Japanese Midget submarines being the main influence and it is after all a surprisingly good story which has made an indentation on Australia’s war history. Although I must admit I was a little hesitant to review this show when first suggested but upon reading about the attack and seeing the work I wanted more.

A brilliant plan by Mosman Art Gallery to commission local artist Ken Done to make this body of work, after all Ken has a long standing relationship with Japan.

Ken has produced some fantastic abstract representations which will hopefully help cement him into Australia’s contemporary Art world. The paintings express and reveal in detail the narrative of what those Japanese submariners came upon in Sydney Harbour back in 1942. He has dived deep into those lost souls and created an overwhelming sense of being there as witness to what unfolded.

‘Caught in the Net’ oil and acrylic on canvas, has to be my favourite as you can feel the tension of the explosion, the richness of the dark blue night time ocean, the sense of loss and was it all worth it. ‘The Attack 1 & 11’ oil, acrylic and oil crayon on canvas is an explosion of colour, a battle on canvas, lights, sirens, fire and blood blasting the painting off the wall.

As I was never a big fan of Ken’s work over the years, seeing this show has now made me ‘a fan’ and proves to me he can paint and I’m putting him on the same pedestal as I have placed painters the likes of Elisabeth Cummings, Louise Hearman and Peter Gardiner.