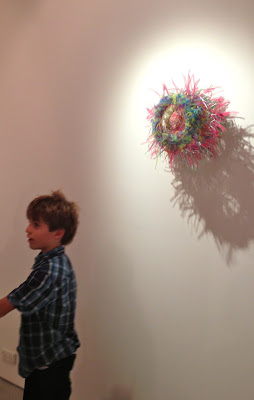 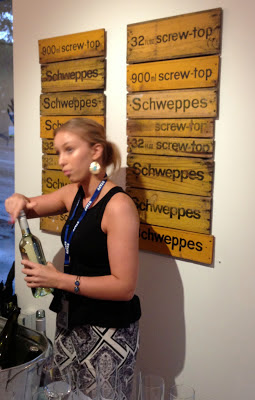 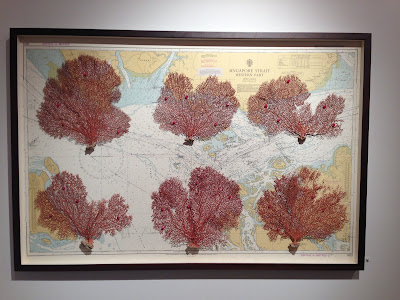 As we know many artists have a tendency towards collecting and bower birding, but Hannah Cutts & Annie Aitkens have really mastered the alchemy of reinvention of found objects.  Both are currently showing at Edwina Corlette Gallery in Brisbane and their work really made my heart sing.

Hannah has been collecting and curating sets of well worn regalia for over 25 years.  The works in this show include hand painted linoleum, deer antlers, bicycle-seats and old tapestries. There was even a set of old book-maker name plates reconfigured into a wonderful assemblage.  I think Rosalie Gascoigne would have approved.

Nevertheless, these works are undoubtedly, Hannah's original inventions.   I particularly loved 'Tour de Forest - Oscar', a sculpture composed of a bright yellow bike seat and antlers.   In fact I made enquiries a few days after the opening and was informed that they had been a sell-out.

It was a delight to meet Annie Aitken and chat to her about the process behind her works, which she sees as three dimensional drawings or vessels.   Her intricately woven creations have been born from salvaged and reclaimed synthetic threads that have been untangled and woven into new contexts.  In doing so, the artist has revealed their latent aesthetic potential.