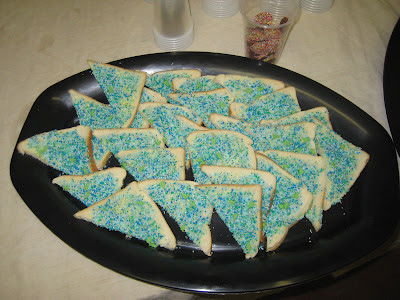 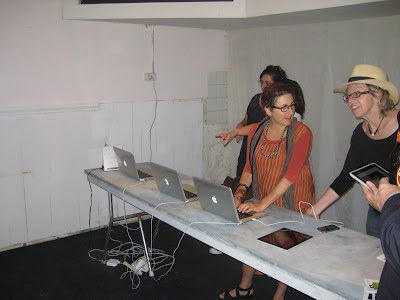 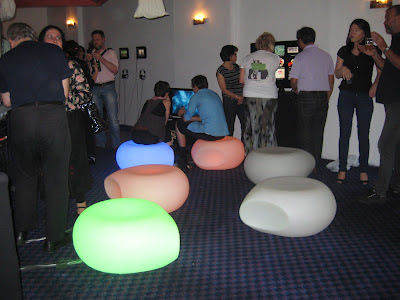 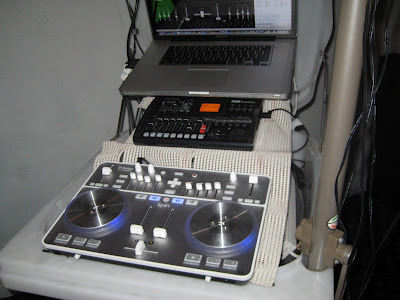 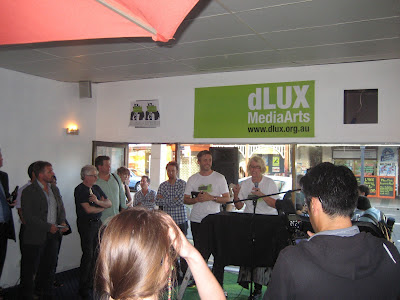 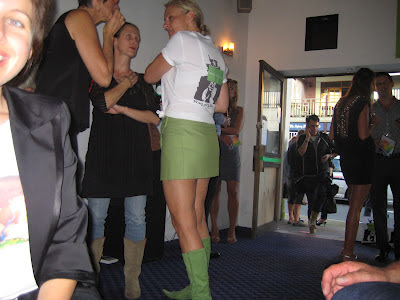 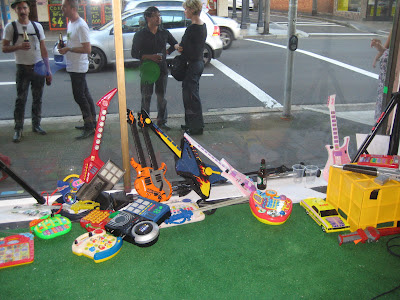 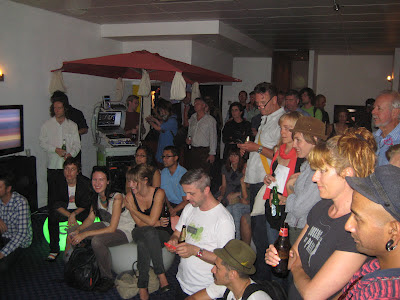 I had some idea about who Dlux was through following wonderful artists such as John A Douglas, Daniel Mudie Cunningham and Dani Marti, Elvis Richardson and Soda Jerk.

But not entirely sure as what they did at Dlux and now I know, Dlux is a haven for visual artist’s who paint with film, their tools are not brushes or palette knives but fancy electronic equipment and I might add user friendly. With 30 years of a wealth of knowledge to guide artist’s in creating perfection.

Dlux started out as the Sydney Super 8 Group in 1982 and has since been the longest running screen arts organization and this was the first time that I had visited Dlux as it set up a pop-up during Art Month and had to have somewhere to throw it’s 30th Birthday bash.

Somewhere to have a little celebratory drink and learn something new at the same time.

Oh and it was the first time I saw the coolest band in the land, ‘ToyDeath’, catch them if you can.

www.dlux.org.au
Posted by Unknown at 1:17 PM