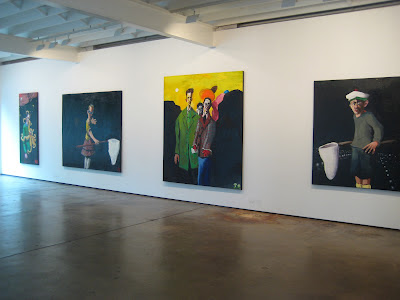 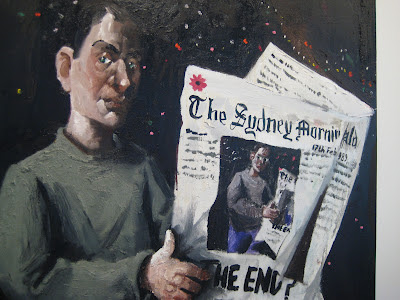 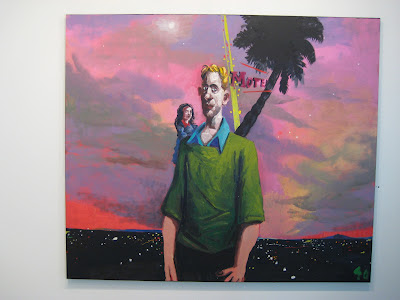 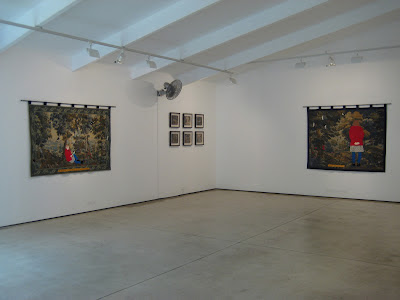 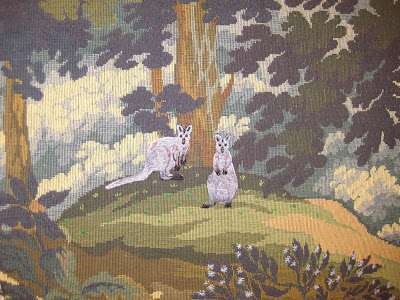 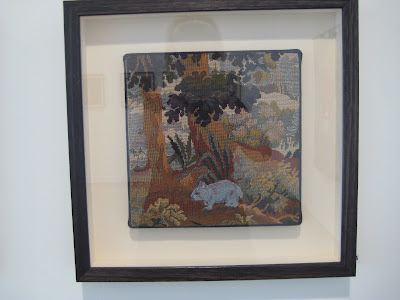 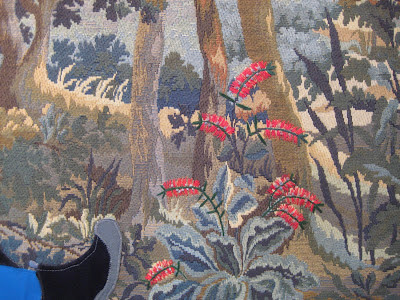 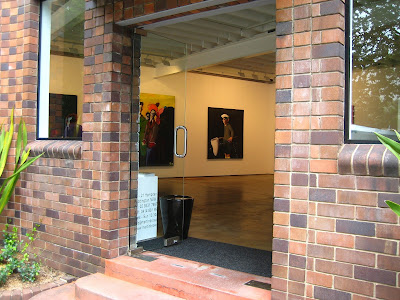 Ok, well I have already seen a couple of shows by McLean Edwards and have enjoyed them all so far, he has this serious but mischievous sense of humour which I kinda like and his broad brush strokes in vibrant colours don’t go astray either. Friends have said to me that all his paintings are self portraits, it’s not really hard to believe as McLean does have strikingly strong and handsome facial features, a little like a cartoon super hero but in a good way.

I have two favourites from this series titled ‘Here Comes Everybody’ and they are ‘LA Story #2’, oil on canvas with it’s spectacular sunset and luminous green over shirt, the figure stands tall and straight as if propping up the motel sign, a little like a billboard poster showing off the wonderful vista. ‘Nine Lives’ oil on canvas is a front page grabbing headline with one of those fabulous infinite photo’s, it makes you want to read more into it, makes you wonder what the hell it’s all about and that’s what I like .. !

Adrienne Doig and her ‘AD in Arcadia Ego’ series is something I’ve been waiting to see, since friending her on facebook I had hoped I would have had the chance to meet her but was unable to attend the opening but still managed to see the show before the opening and really loved the work.

A wonderful playful use of romantic Rococo tapestries interweaving Australian fauna into the European landscape is quite breathtaking. It’s a little like reinventing a once lush landscape with Australian fauna that is not on the verge of extinction but in bountiful supply that’s available for the world to see at any time.

‘Lasiorhinus Krefftii’, or what ever that means has a darling Hairy Nosed Wombat in it, minding it’s own business while going about doing what Wombat’s do best. ‘Platycercus Elegans’, captures the moment in flight of two bright red and blue parrots. ‘AD Abundantiam’, has the artist going about her day to day chores, chooks and all.

Really loved every single one of them, Adrienne has told in this series a wonderful cheerful story with her technical skill as an embroiderist and her visual adaptation as an Artist.