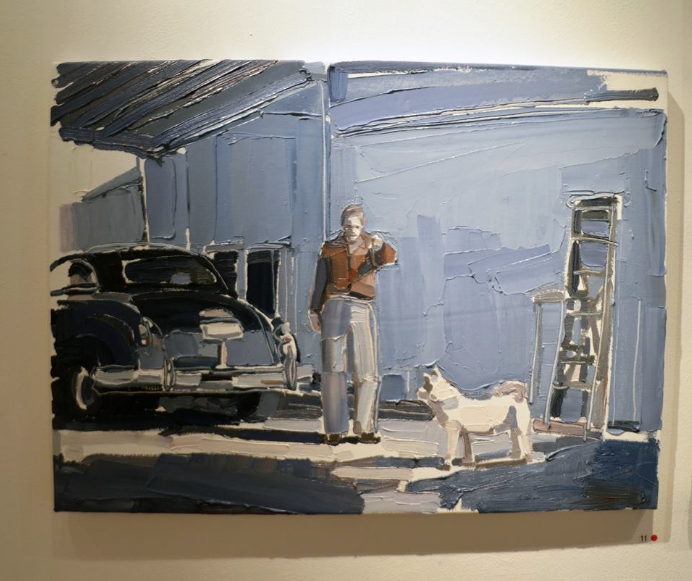 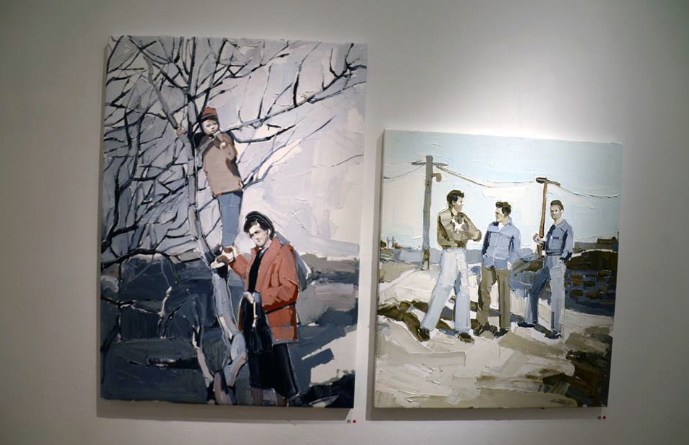 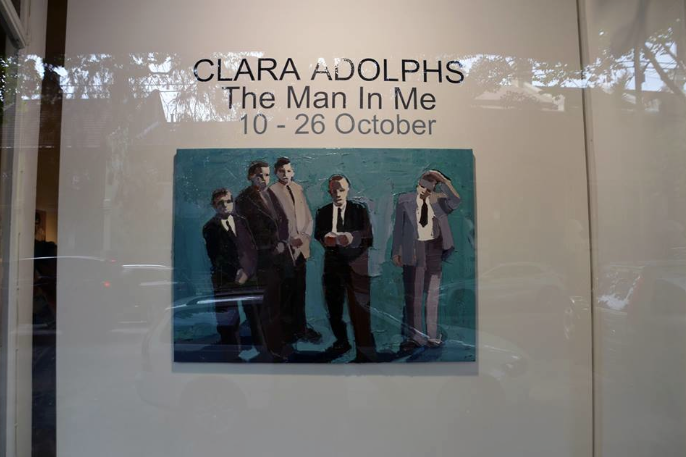 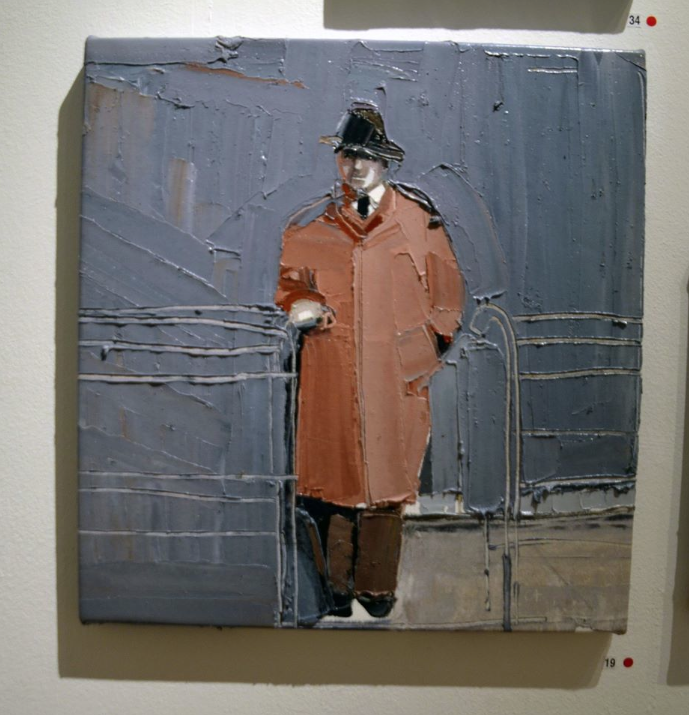 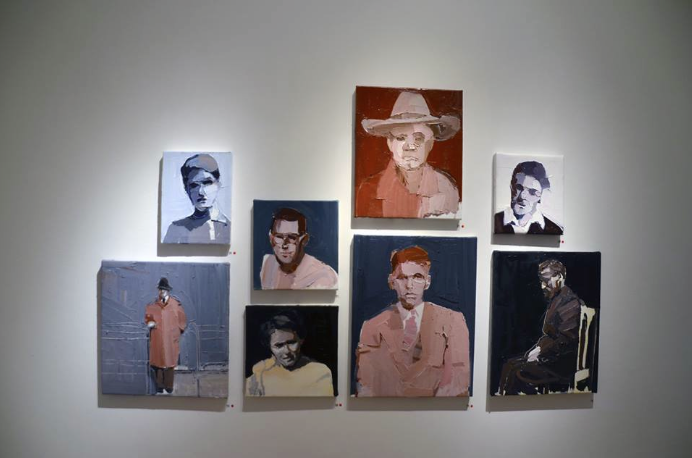 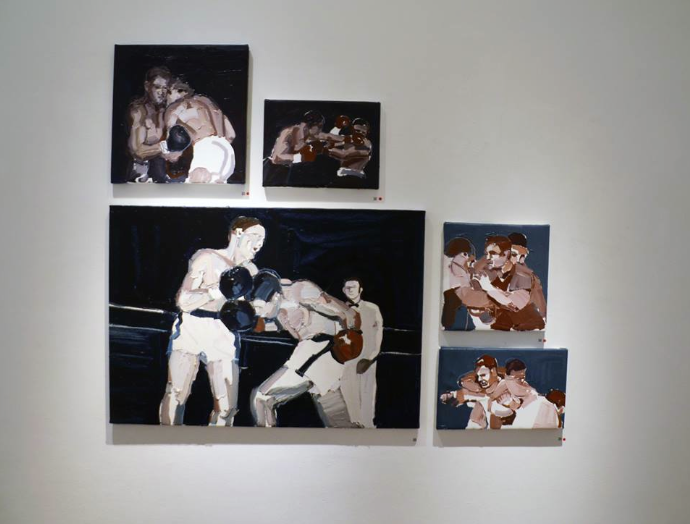 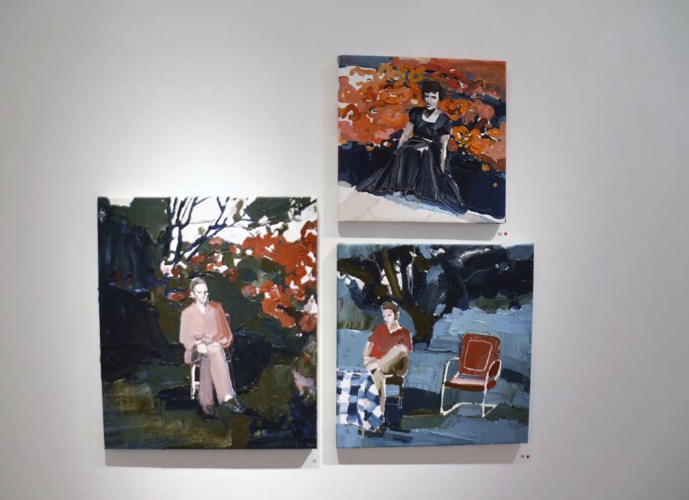 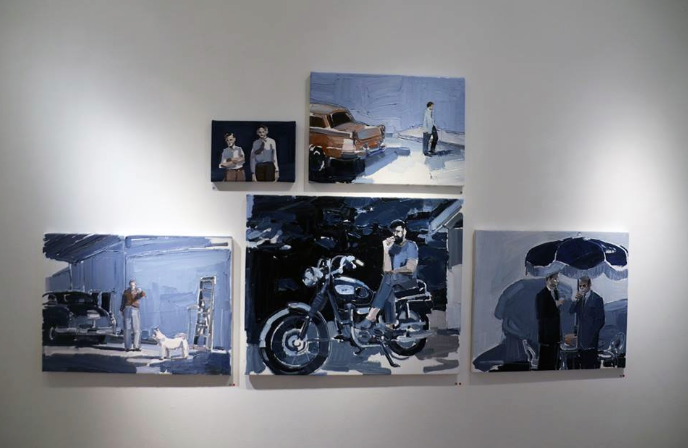 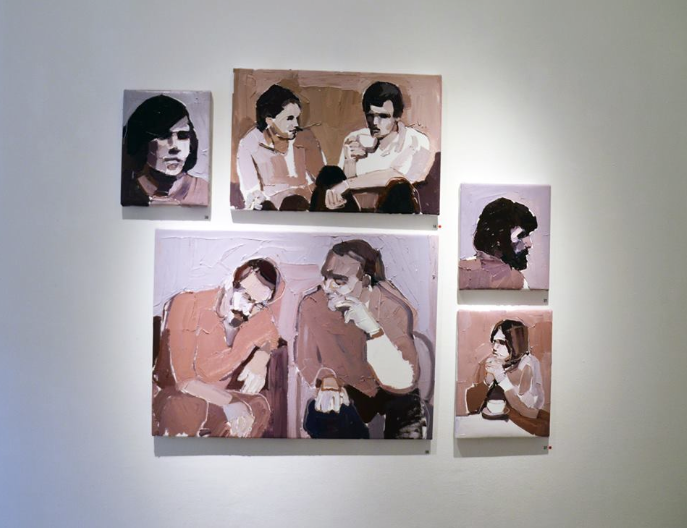 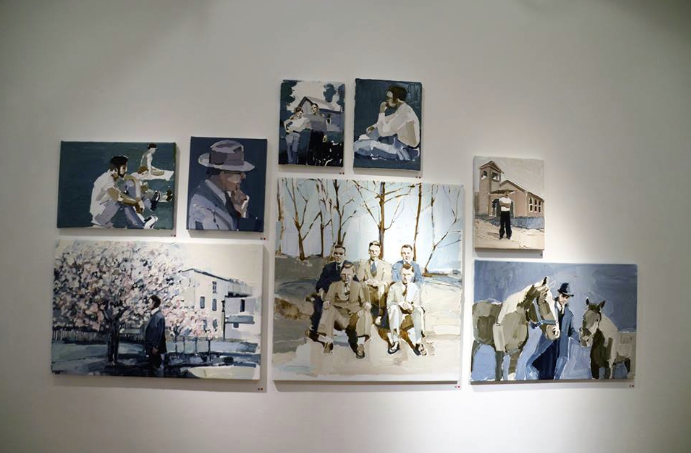 Clara Adolphs is a young figurative expressionist painter having her second show with Mick. She works with a broad thick impasto technique favoured by a number of Sydney’s more successful artists. Clara is no exception selling out her first and current shows by opening day.

What distinguishes her from her gregarious counterparts is to employ this usually larger than life technique in a way that is spare, sensitive and reflective. Her palette is muted combination of pinks, blues and tertiary greys allowing her manipulation of tone to make them sing.

Her work evokes a fascination for the universal human condition. It is more about the inherent aspects of humanity that endures regardless of time and place. She portrays the casual relationships and camaraderie that seem to be under threat in today’s fast paced anxiety driven existences.

This show titled The Man in Me is her intimate observation of men and the social/emotional machinations of the gender. There is not an academic psychological analysis but rather an organic human response to existing as a young woman making sense of the male psyche.

As with the first show her source materials are old photos often attained from various markets or family connections. The anonymity and age of the images give the works a sense of nostalgia as does her deliberately restrictive palette.