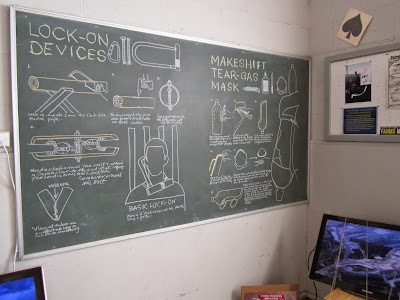 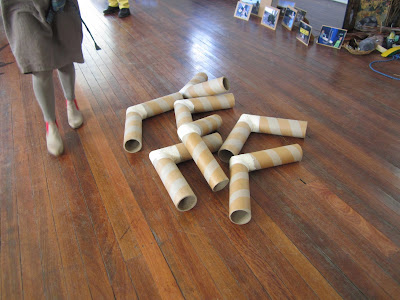 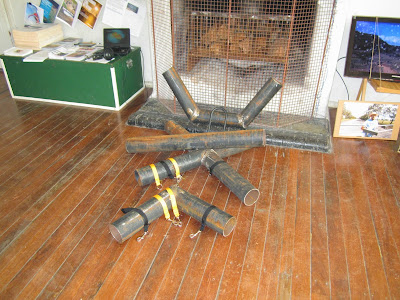 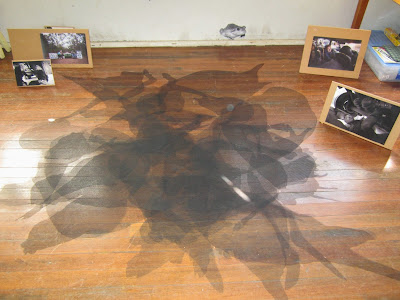 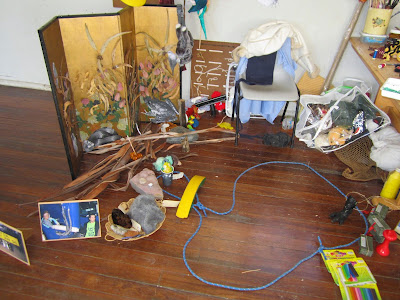 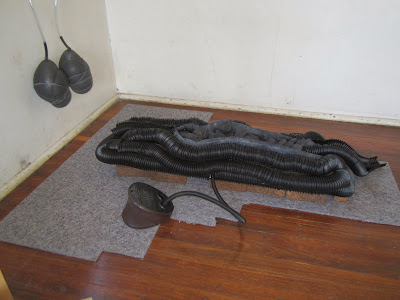 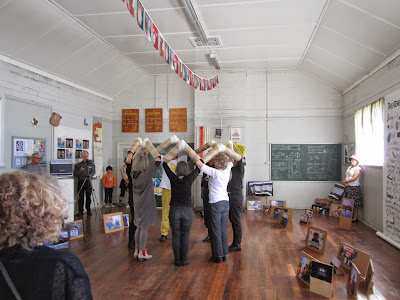 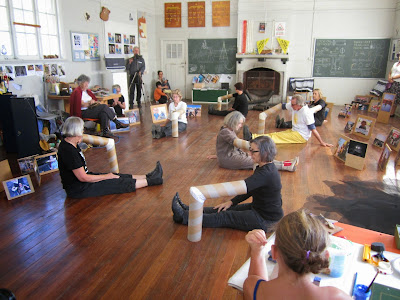 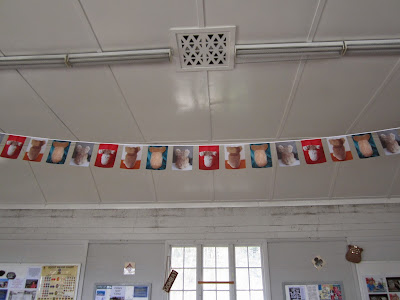 On the edge of the bush and Kandos on the corner of Dabee Road and Campbell Street lies the Scout Hall where the Artist’s of William River Valley Artists' Project, Artist’s include Suzanne Bartos, Neil Berecry-Brown, Sue Callanan, Juliet Fowler Smith, Noelene Lucas, Margaret Roberts, Toni Warburton and David Watson.

‘Instruments of Democracy’ performance and installation, a piece to be reckoned with as it made me realize what the many courageous men and women fighting the coal, gas and logging companies face on a day to day basis. The big companies have been destroying our fragile environment for some time, defacing our beloved land and diminishing the delicate habitat of so many of our native animals.

The lengths that these brave people go to, the ingenuity in creating continual obstacles and stumbling blocks for the big companies and Police to overcome and see beyond the dollar is by far a relentless operation.

If you got to see the performance then you saw something amazing, only wish I had a spare memory stick with me as I would have recorded it.

On display there was an array of photographs of activitist’s attached to an assortment of vehicles, a collection of fauna silhouettes in black netting which was highly affective to demonstrate which ones are displaced and or extinct from the disastrous effects of mining and logging. A black board with drawings and descriptions of the many lock on devices which explain the lengths that these wonderful activists go to and brilliant bunting which covered the length of the hall displaying many backs of toy Koala’s. If only the animals could speak!

I loved how there was so many ways to engage the younger generation in educating them, inviting them to paint clay cups to represent animals, birds, plants and water was one way of the many on display.

My niece Meret MacDonald is an Activist and stationed primarily at the Leard State Forest blockade. Hats off to her and her comrades and the Williams River Valley Artists' Project!!!