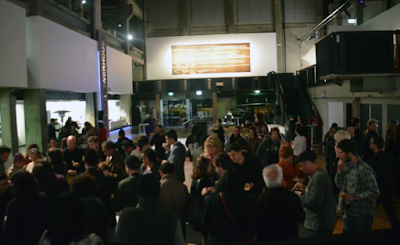 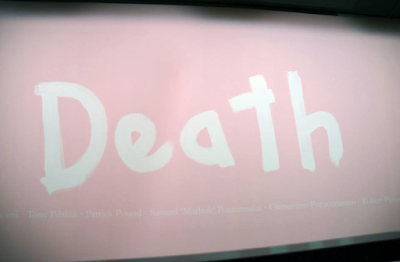 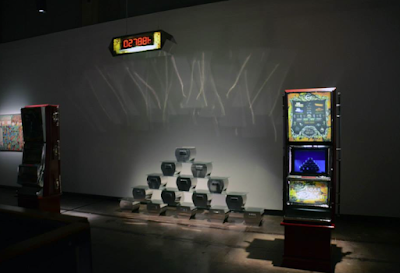 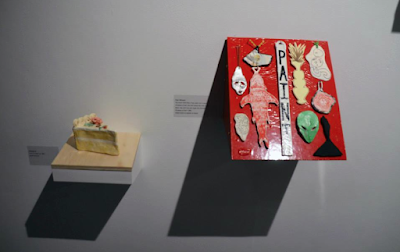 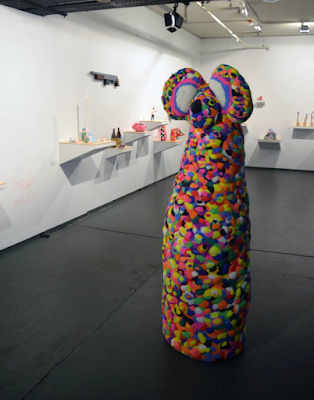 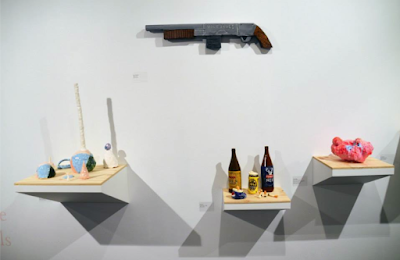 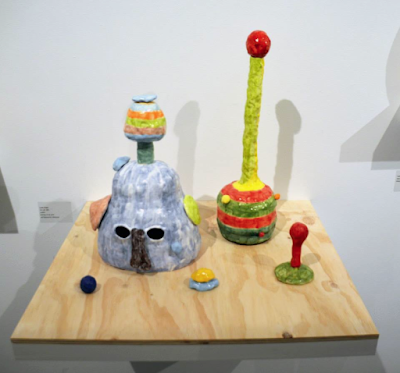 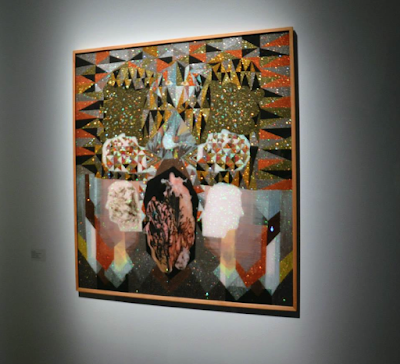 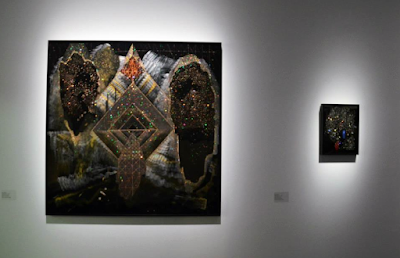 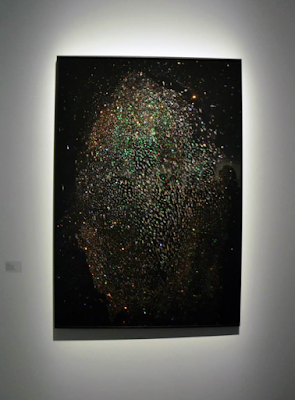 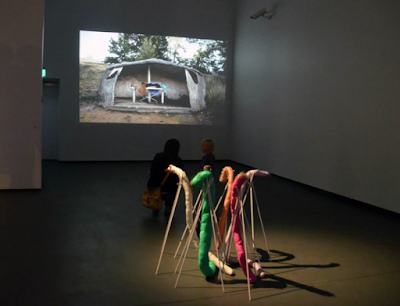 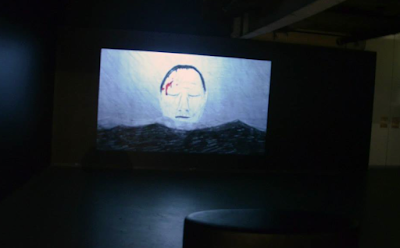 The taboo subject of death, the denial of its inevitability and the normalisation of its final play in the process of our mortal existence come into examination in Death and the Biggie Small at the Casula Powerhouse Arts Centre.

With death comes grief, fear and an awareness of our own mortality but also the revelation of its shocking ordinariness.  This show explores unique, at times innocent, humorous and quirky responses to the big full stop.  It preaches no answers to unlock the mysteries of the eternal unknowns but offers instead a creative acknowledgement of death not as an ominous dark shadow that we banish to the deepest recesses of our consciousness but as a normal part of our lives to be to be addressed, discussed and hence undemonised .

Hayley West presents us with a child symbolically burying a body, a mother?  By nonchalantly placing layers of material over her until she is covered.  The video ends with the child playing with cicada carcasses floating in the water. She is equally indifferent and arbitrary about both activities.  It is as if she has not learnt the fear and grief of death that comes with adulthood.  Similarly themed is Araya Rasdjarmream-sook’s continual work with cadavers after the death of her mother.

Helen Shelley has created sparkly celestial abstractions which are ponderings of the uncertain mysteries of death, an attempt to overcome her fear of it.  He resultant work is dazzling in execution and outcome.

Laurens Tan’s Vegas of Death installation presents poker machines/coffins, money boxes/ashes receptacles and a digital counter.  Drawing clever parallels between death and gambling, even to the extent of shared terminologies between the two, the kicker is the prizes offered in the pokies display are a range of funeral caskets from combustible pine boxes to gilded caskets.

An installation of Pukamani Poles adds some sombre cultural authenticity.  It is the centre of a spiritual memorial ceremony marking the transition from the living world to the spirit world.

A room filled with ceramics, objects and paintings by various artists including Lyn Draper and Paul Williams make up the Biggie Small component of the exhibition.  These works show unexpected random visual modern cultural bites that are often playful, irreverent and evocative.