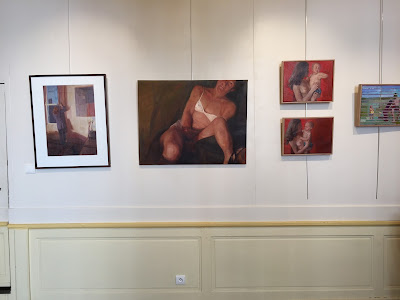 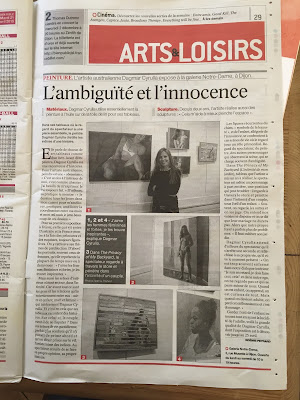 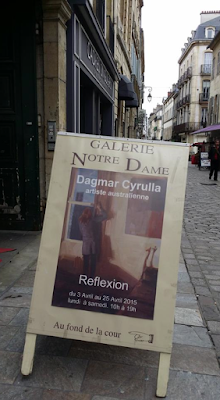 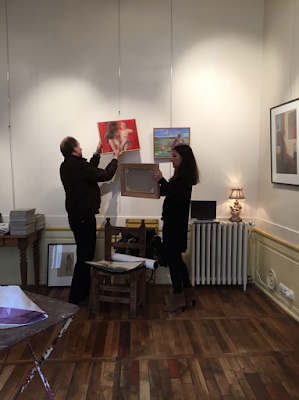 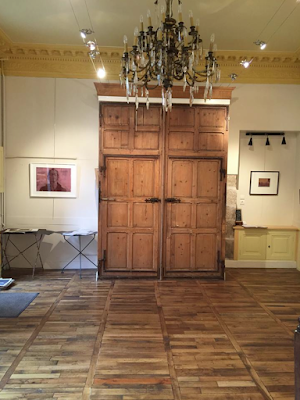 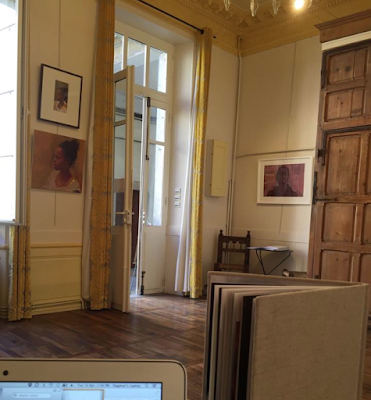 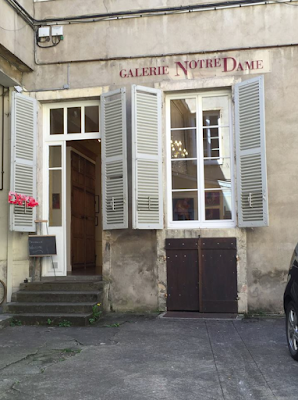 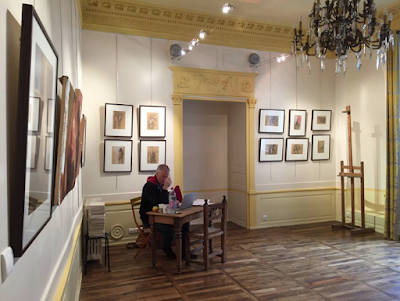 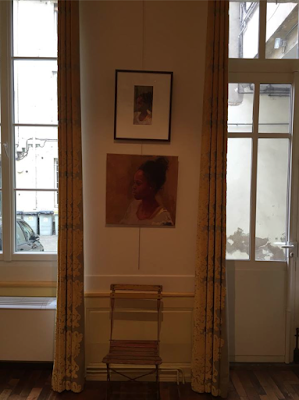 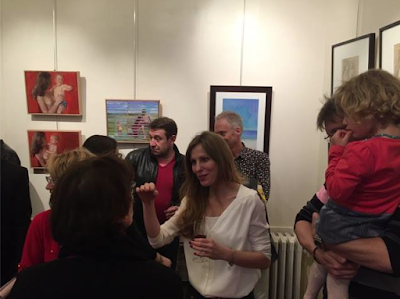 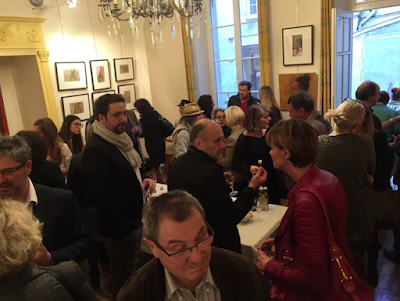 In Reflection, the latest body of work by Dagmar Cyrulla, the artist creates atmospheric mise-en-scènes that frame her exploration into intrinsic relationships that bind people together.  Relationships between men and women of a sexual nature, mothers and children, society and the individual, between the artist and herself – all undergo Cyrulla’s painterly interpretation of the emotional and psychological complexities contained therein. In doing so she evocatively renders a raw, intensely private reality that resonates with a deeply felt emotional truth.

In Cyrulla’s work the domestic space becomes a passive vessel for the longings and desires of its inhabitants, as the artist invites us in to witness the private lives of strangers.  Sometimes the moments she depicts are laced with an unsettling ambiguity.  Take the scene depicted in Privacy of My Backyard and The Washing, where a nude woman kneels alongside a seated man.  She turns toward him in a beseeching manner, hand resting suggestively on his mid-section as a toddler stands nearby.

In both versions the viewer is placed in a voyeuristic space as we watch the scene through a strongly delineated geometric barrier.  In Privacy of My Backyard, this occurs as lines that intersect the canvas at regular intervals through which the figures are viewed as if through a window blind.  While in The Washing the artist has introduced bold striped towels that partially obscure what occurs behind them.  In both the effect is the same – the viewer experiences the sensation that we are witnessing something we shouldn’t, and can only guess at what led to this moment, and what transpires next.

A sense of transgression is also explored in a series of pencil and gouache drawings that set up an interplay between the strictures of authority and tradition, and the messy, more lascivious aspects of human experience.  These works feature details of religious and historical sculptures, paintings, and the interior of churches that the artist drew on a recent trip to France.  Cyrulla invents fictional scenarios in the context of these elements, placing a young nude couple within the hallowed halls of church interior as seen in Influence III.  In Influence I a semi-nude woman bends over to pull down her pants, watched silently by a saintly sculpture.  While in Influence II another woman enacts the same movement in front of a group of male figures depicted within a painting, who seem to look down upon her with an air of superior judgement.

Of course there is an element of shock in these works that Cyrulla willfully injects to grab the viewers attention.  But underneath this initial impact is a comment on the gap between the version of ourselves we present to the world that conforms to widely held traditions and social expectations, and that which we keep private and perhaps long to express.  It’s the struggle to keep up appearances in the face of moral judgement and condemnation, an age-old paradigm expressed here in a surprising and effective manner.

Other works contain a direct and poignant expression of deeply felt sexual love, as seen in her major drawing Memory of Passion II.  Here a couple embrace, his hand on her buttock as the pair of them stand still and tall, immersed in one another.  Rendered in charcoal on paper the work has an almost sculptural quality, as the white form of her body emerges from the dark shadows and his arms.

As if filtered through a lens of memory, a melancholy air pervades this and other works in the exhibition.  Memory of Passion I and III, and Lost I and II all feature women alone in their bedroom rapt in quiet reverie, or perhaps despair.  In such works Cyrulla uses dynamic brushstrokes and an ever-shifting palette of glowing hues to capture a quick impression that nevertheless has a lasting emotive resonance.

While Cyrulla’s skill in draughtsmanship and painterly application are undisputed, where her work truly shines is in the convincing evocation of interior worlds where everyday dramas forever unfold.  Such images reveal the artist’s keen perception, imagination, and instinctive ability to convey the emotional gravitas contained within these small, passing moments.