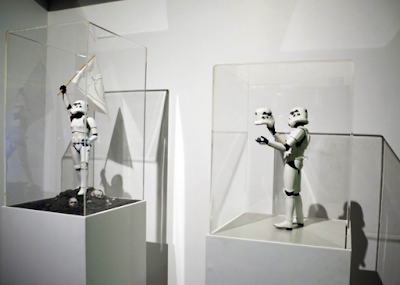 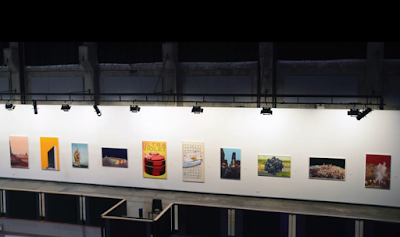 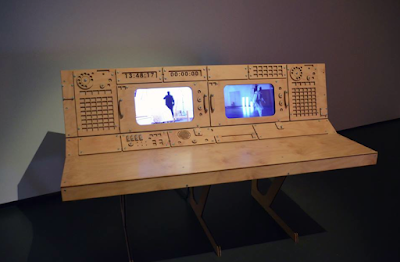 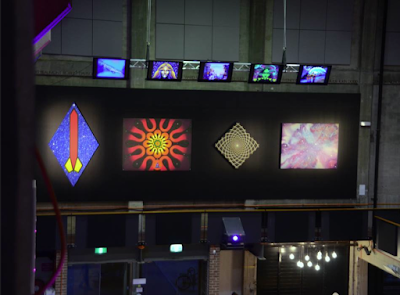 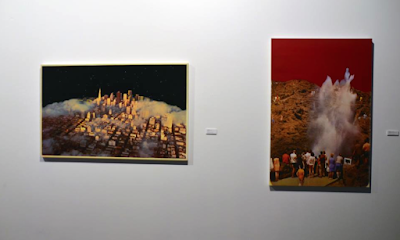 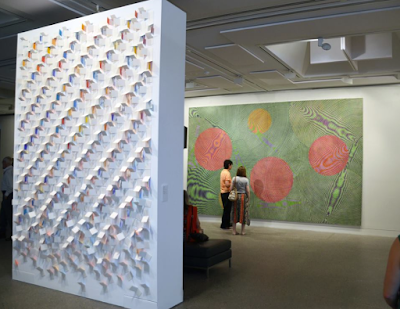 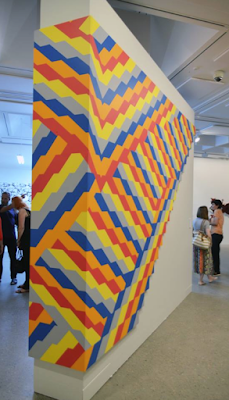 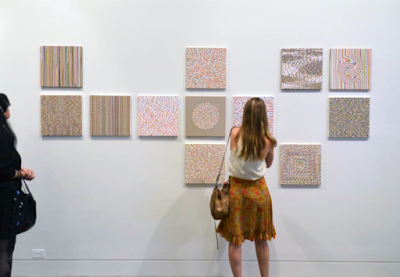 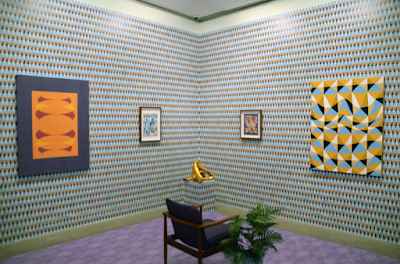 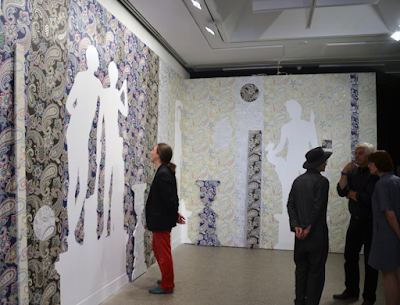 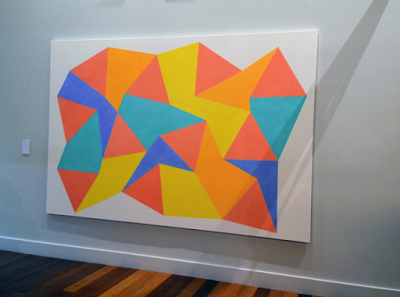 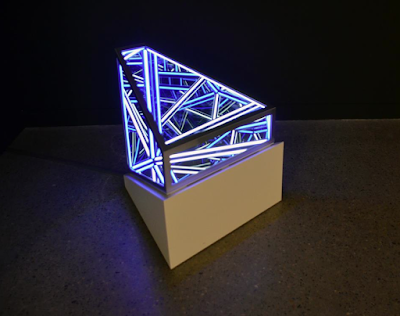 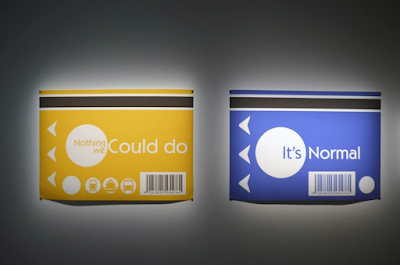 A couple of summer holiday shows on at two Sydney regional galleries well worth a visit.  Patternation at Hazelhurst and Outer Space at the Casula Powerhouse are substantial but very differently curated exhibitions.  One explores the formal aesthetic and conceptual possibilities presented by the largely abstract device of pattern making.  The other addresses the phenomena of technology and the zeitgeist effect each event had on our culture eg space travel, satellite images…

Patternation, curated by Carrie Kibble, is a vibrant show that draws attention to the perception of art as something of a higher purpose as opposed to being purely decorative.  In this show we are presented with works that undertake a deeper investigation of the concept of pattern.  Pattern in this context becomes the structure that binds the scientific, natural and aesthetic world.  It is the invisible phenomenon that forms our cellular structure and the engineering that holds our skyscrapers together.  It is also the most potent device used in great art, music, poetry and prose whether it be figurative or abstract.  So we are informed by this show that pattern is not merely ornamental but is an inspiration of mathematical movement and rhythms that reflect the building blocks of life itself.

The space allows for ambitious large scale works that at times overwhelm.  John Aslandis’s amazing sprawling work takes on a slightly different interpretation in each venue it is exhibited, the last at Gallery 9 earlier in 2015.  Liz Shreeve’s delicate paper cut piece is spectacular in its uncharacteristically huge format and Natalya Hughes’s Panic Room is an installation that buzzes with anxious discord that is unsettling but compelling.  Wunungmurras’ indigenous pieces bring a quiet spiritual evocation of living symbiotically with the earth and video work from Pompom artists Heath Franco and Rochelle Haley provide a less formal and more conceptual utilisation of the exhibition’s parameters.

Outerspace addresses space, the void between the earth’s atmosphere and the planets and stars.  The pondering of space as positive rather than negative is an endeavour of artists metaphysically and compositionally – the space between.  This show showcases installation, performance art, paintings and video traversing science fiction, popular culture and space technology as a vehicle to express the complexity of the human condition and it’s revaluation in the context of constant change to our terrestrial and extraterrestrial environment.  The impact I felt was strangely nostalgic, a reminder of the eventfulness of every technological advancement from man walking on the moon to the mind bending special effects of Star Wars compared to the current day where we seem to be desensitised to the wave after wave of technology and media.

Also there is an opportunity to pay homage to the late Vernon Treweeke with a selection of works.

Finally emerging artist Veronica Habib’s show Tracking Security is occupying the Marsden Gallery. This thoughtful work is an extension of her graduate work started in 2012 that explores the perception of safety and compliance in contemporary city living.  The themes are prophetically more relevant now than perhaps at their inception.

Much of this show looks at technological advancement and popular culture during the era of the space race and its jettisoned aftermath.  It has been covered by paintings, installations, video and performance.