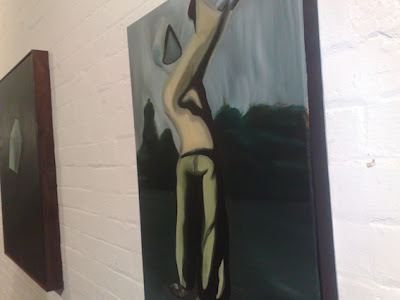 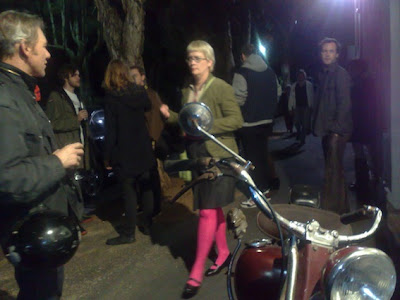 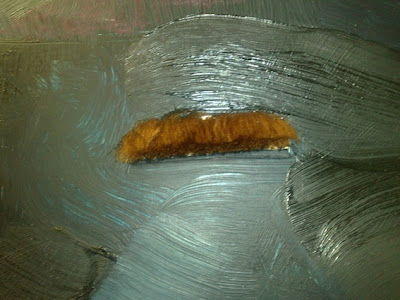 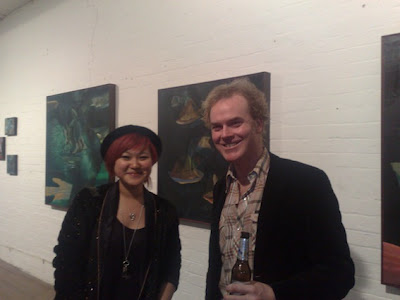 OK... so it's rough as guts but it has a very impressive 30 metre long uninterrupted wall... apparently this has and is Damien's storage and private viewing place and what a great idea to use it for the occasional show as well.

The 'pop up' thing I really like ... it seems to be happening everywhere and Damien seemed genuinely surprised at the turnout ... this show had really only been promoted on the dreaded facebook and it was packed...

I love a show that has the cheekiness to have a painting with two moustaches glued on!

There's lots of jokes here... and having just seen the dreadful 'Paths To Abstraction' show at AGNSW (which totally ignored the Vorticists) it was great to see paintings that bucked any current trend and followed a pure early modernist approach.

Great space and I look forward to seeing what could happen there.