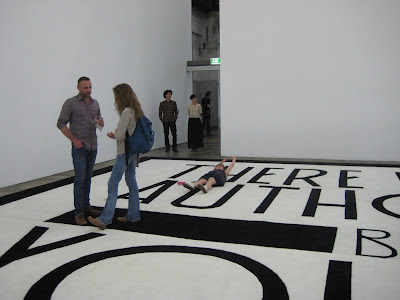 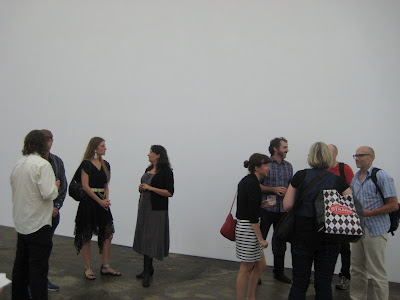 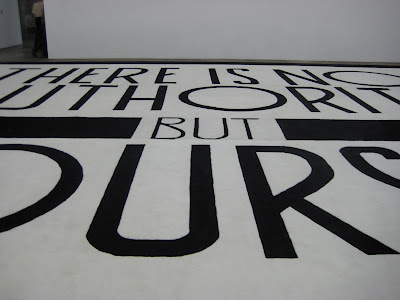 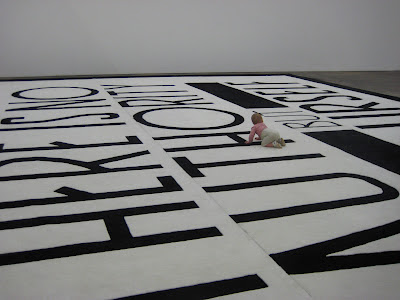 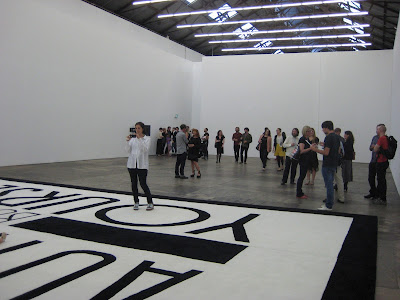 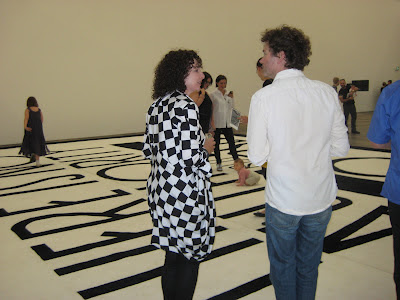 My very first visit to the Anna Schwartz Gallery and I was truly gobsmacked. With a commanding entrance luring me in and wishing I’d worn my skates.

‘There is no Authority’ is a direct response from the youth of the 70’s punk band Crass. I would have been lost in a field of ignorance if I had not known about this. Music genres create wild reactions from the youth that listen. They want to move forward to a better life and they want who is in control of their lives to listen to them.

It also started it’s life out as a curtain behind the band at the back of the stage and has since gravitated to the arena sized floor space of this gallery.

It’s one really big and beautiful work and I wasn’t sure whether or not I could walk on it until I saw the gallery Director walk on it. It felt lovely under foot, spongy and soft to touch and when the crowd started to grow and people were mingling around it and sitting on it I really wanted to get down and roll on but if I had I would not have been able to get back up.

You had to walk past it and then walk all the way down to the video monitor attached to the wall and then watch yourself appear on the screen, kind of liked how it was a delayed reaction and gave us something to talk about around the tasty cheese wheel.

It truly is a spectacle and one work that should not be missed.