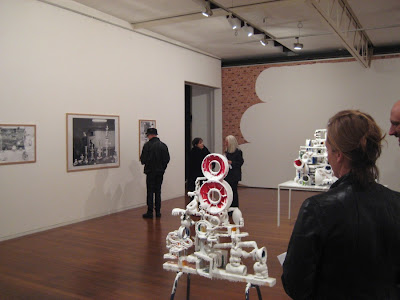 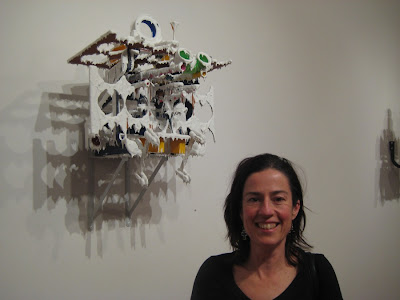 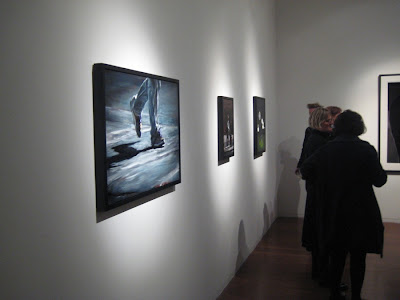 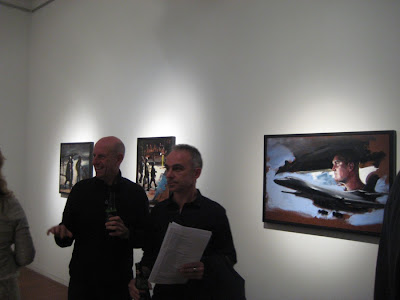 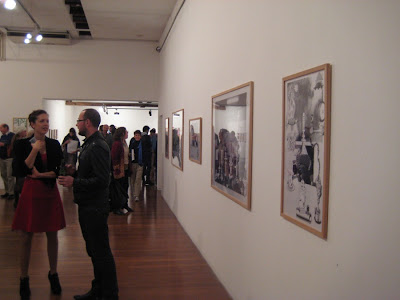 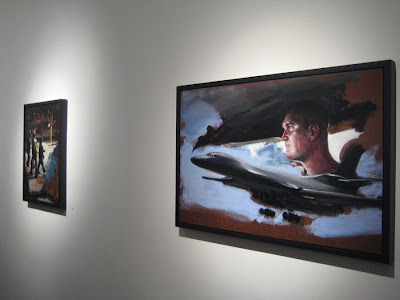 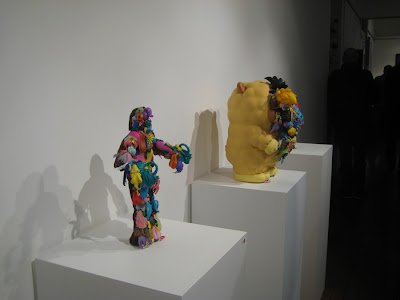 A bit like creatures that landed from outer space and covered in snow, I had to touch one only because the white polyester resin looked so real and edible, but it just felt like smooth plaster. So Teppei Kaneuji’s assemblages are of found objects put together then the resin poured over them, it’s very affective and striking and offers the objects a new life as something different.

‘Gush Warning’, yes that’s right I’m going to gush! As I am a huge fan of Louise Hearman, since first seeing her bum series so long ago to purchasing a tiny painting in the mid 90’s, I have endeavored to see as much work of hers as I possibly can and loving every single one of them. Is that so wrong, no I don’t think so as I don’t think Louise could do no wrong, her work just gets better and better.

I even plucked up the courage to introduce myself to her, there was a bit of a queue but I really just wanted to thank her and tell her I’m a huge fan, I found Louise to be a truly lovely person and look forward to talking to her again. I did ask her if I could film her talking about her work but sadly she declined, that’s ok, as she is allowed to do that.

Loved all the work in this current series but my favourites would have to be, ‘Untitled #1333, 2011’, oil on Masonite. The sleekness of the plane, shining in the sunlight propelling itself across the surface of the Masonite and the soul head contemplating a future unknown. ‘Untitled #1335, 2011’, oil on Masonite, this work reveals the jagged movement of light when you jerk the camera while taking a photo and the lights appear strange in the image, the fluoro green got me as I’m always attracted to greens, I love the hint of light on the child.

Thank you Louise for another gloriously beautiful show...