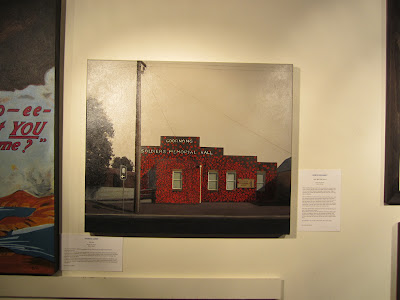 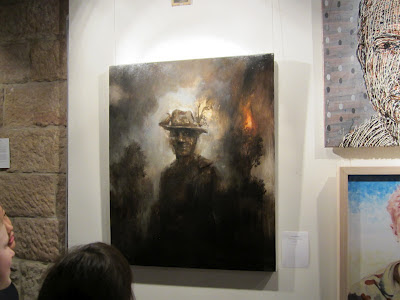 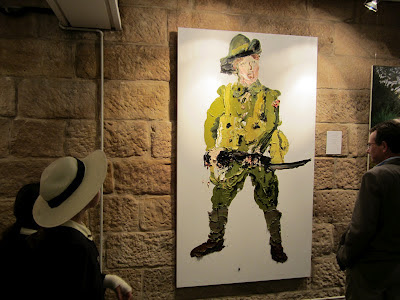 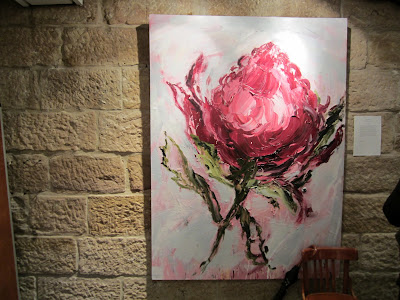 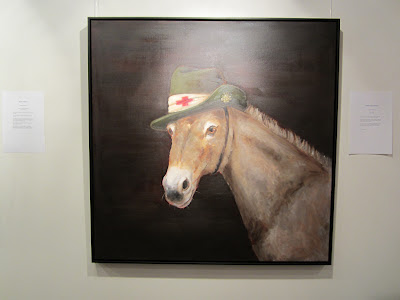 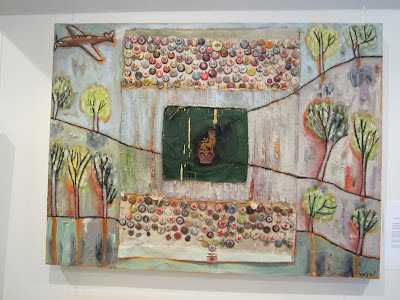 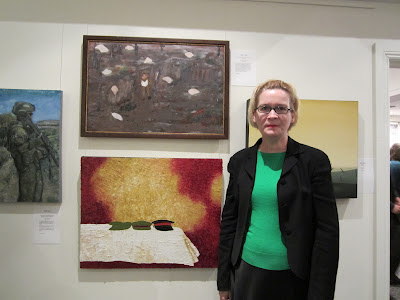 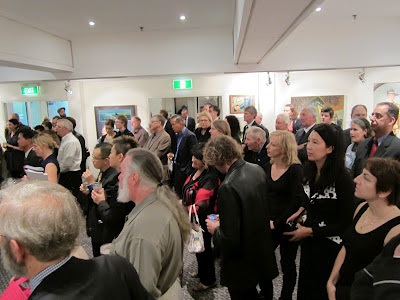 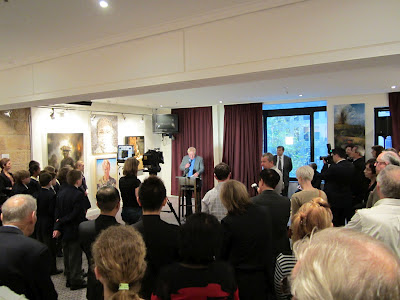 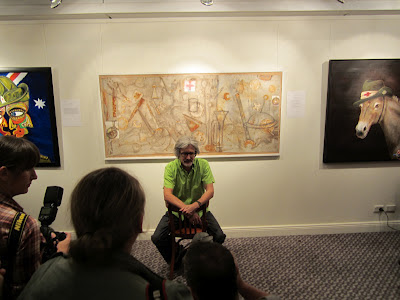 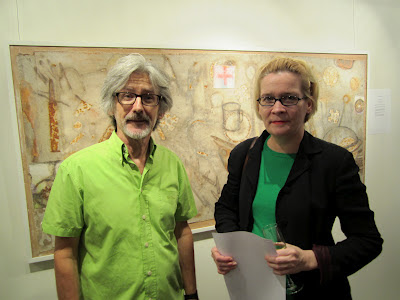 Monday 23rd April was the announcement of the winners but also a chance to see who else had been chosen to hang in this difficult prize. Yes, it is a difficult prize to enter as you have to dig deep to find a suitable sombre subject to paint, no being willy nilly or funny about it. It’s serious sad stuff!

Artist’s are asked to paint in their best way the spirit of the Gallipoli Campaign as expressed in the Club’s ‘Creed’ either being a portrait, landscape or still life.

‘Todd #1’ oil and acrylic on linen by Alan Jones is a portrait of his brother and of brotherhood and reminisces about spending time with his brother as young children in the house of his grandfather who served in WW2. When I first saw this painting I felt a sense of history coming from within the eyes and spilling out onto the face.

‘Portrait of a Lost Still Life’ oil on canvas, by yours truly, was my response to a family member finding out about having a relative that lost his life in Somme, killed in action ‘In the Field’ August 9th 1916 and gave me a personal connection and desire to go to France and pay my last respects.

‘Silent Partner’ oil on canvas by Joanna Braithwaite, reveals there is more than just the man that is fighting a cause, the animals have also paid a huge price and we all know about Simpson and his faithful donkey. Joanna has painted a respectful and thoughtful painting of a true hero.

‘Lest we Forget’ mixed media, by Kerrie Lester reminds us all of who we fight in the name of with the Queens insignia placed at the heart of her work and the many trees which are planted in memoriam of so many young lives lost, the collection of badges which have been collected over a long period of time brings home to all of us the necessity of fighting for peace.

‘I was young when I left home’ oil on linen by Paul Ryan is a prime example of how young our cherub faced soldiers were, Paul’s subject was excited by the thrill of fighting for his country, he had no idea of what was in store for him.

‘They wore feathers (Uncle Jim)’ oil on canvas by Peter Gardiner is a dark and brooding work of his Uncle Jim who had a fire in his soul.  ‘Last Light (ubi sunt)’ acrylic on canvas by Robyn Sweaney, if this building was covered in painted poppies it would be a true remembrance of so many young and old lives lost in so many wars this country has been part of.

If it hadn’t been for Robyn’s Father and Grandfather or any of the artist’s family hanging in this exhibition we may have not been able to comprehend what feelings these men and women and animals endured during war time, so I would like to thank the Board of Directors of The Gallipoli Memorial Club for setting up this worthy Prize.