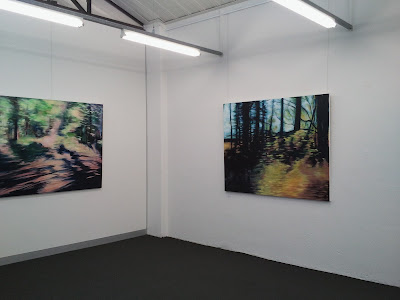 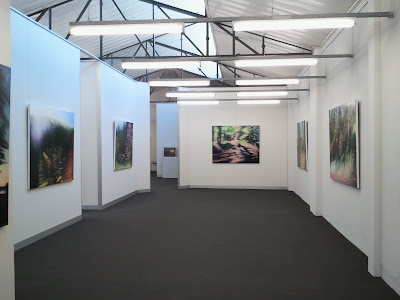 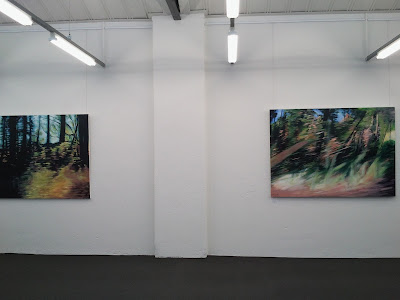 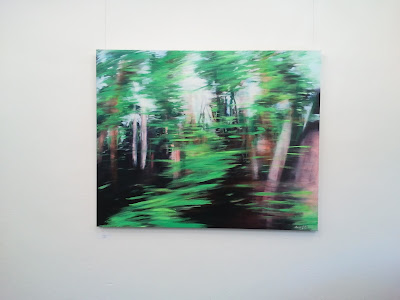 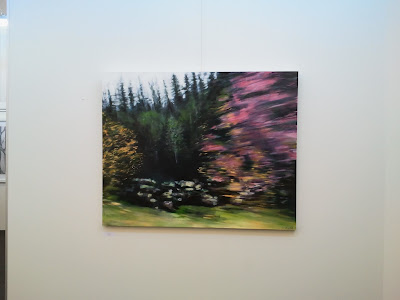 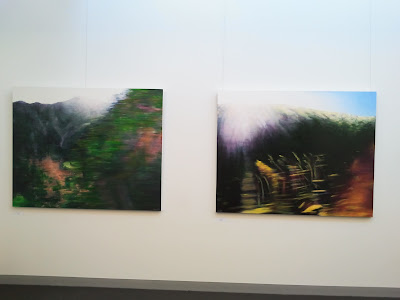 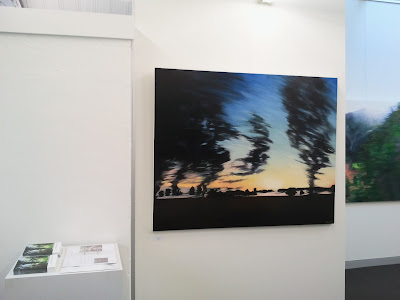 I have been an interested observer and admirer of the works of Amanda van Gils for a number of years. Her moody and atmospheric works have the ability to transport the viewer to the place and time where the image was based.

So, on a warm Victorian day more reminiscent of Northern Queensland, I travelled to Melbourne to view van Gils new works on show at Catherine Asquith Gallery in Collingwood.

On entering the Gallery you were in no doubt that this was van Gils work the brush strokes that characterize her work were there, the atmosphere that denotes the time of day were there but, there was something different… this series of work, which continues van Gils exploration of landscape in contemporary life filtered through the lens of a camera were visually stronger. The colour palette utilized in this body of work was more vibrant and possibly truer to the place where the image was taken, this may be due to van Gils use and choice of images for this body of work.

This series unlike previous works utilizes photographs from friends and acquaintances, which takes van Gils disconnection with the landscape one step further. Interpreting another person’s image can be difficult at the best of times but, as van Gils prefers to work with the ‘blurred’ image taken in motion these works are made more difficult in their production by her having no tangible relationship with what she is seeing.

Having recently returned from Canada, I was personally drawn to the work ‘David – Yosemite National Park’ although not set in Canada it exuded the qualities of light and atmosphere that I had experienced in the Canadian landscape, ‘Vito – North of Brisbane’ transports the viewer to those grassy dunes that dot the coastal landscape of the Eastern sea board.

Overall I think the viewer has been rewarded with a strong body of work that is still evolving and morphing into a true 21st Century landscape. I would urge people in Victoria to view this show and for those in the other states to keep an eye out for future shows in your area.