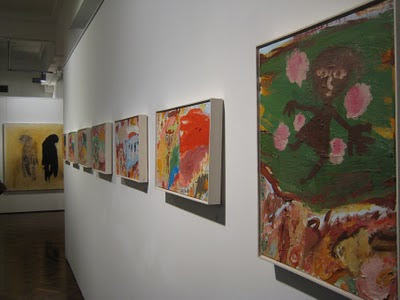 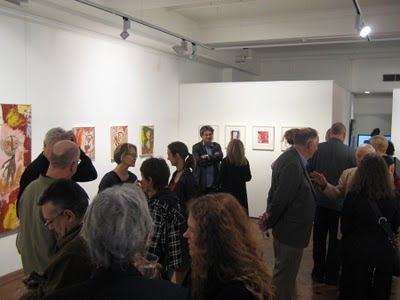 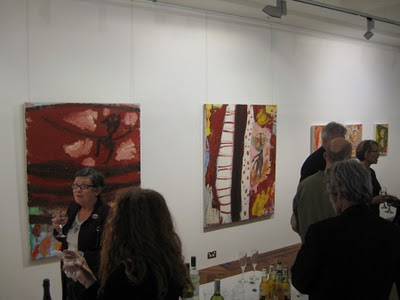 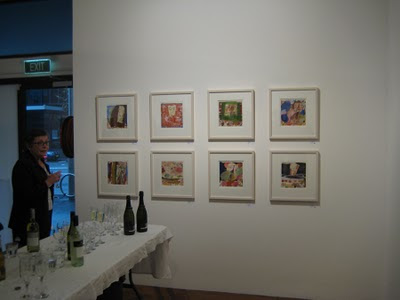 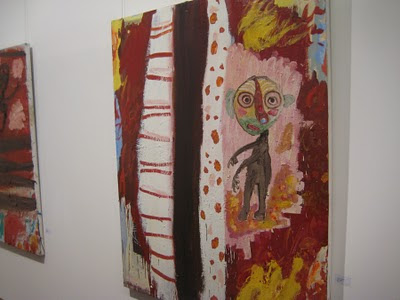 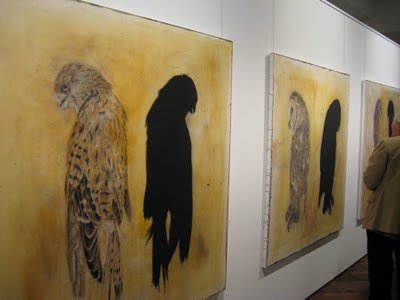 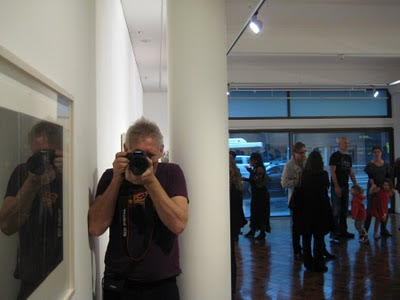 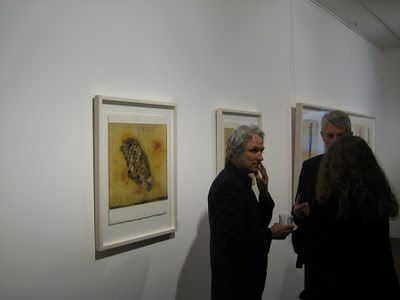 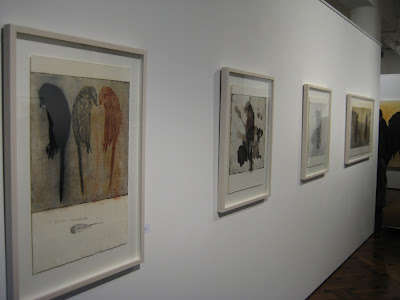 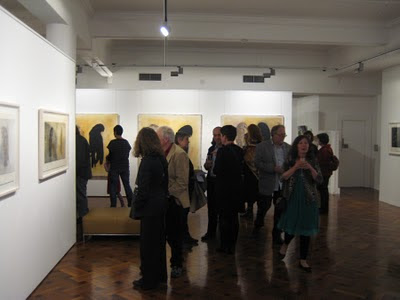 Ok, this post is a bit late getting up, I had been fighting a bad flu bug which was making doing anything difficult. I even had planned to film John Edwards talking about his work but that had to get shelved.

In ‘Edited Letters from the New Frontier’, John Edwards has portrayed some of his figures with their arms up as if jumping for joy or ready to embrace you in there loving arms. Recreating happy and sad from his imaginative world, reflecting his mood or just commenting on the world around him.

Some of the works are quite emotional ‘Caught in the cross fire’, m/m on paper, is a prime example, it’s melancholy with it’s bold blue emoting doom and gloom and the pensive figure looking out not sure whether to leave the safety of the shadows. This one has to be my favourite.

‘Gottcha’, oil on canvas is another favourite with more boldness you can poke a stick at, I love the big eyed figure in the background, is he hiding from the storm and the lushness of the colours on the right. ‘In Flight Awakening’, oil on canvas is one more favourite, it’s a wonderful happy and sprightly painting, lush in pinks and reds depicting the flight to ultimate happiness, casting away the emotional upheaval with a lucid colour palette.

John has offered us a wonderful story line, one with mixed emotions for us to take our pick.

Martin King and his ‘Secret Life of Birds’ has revealed a more intimate approach to the feathered kind. ‘The Plains II’, etching watercolour pigment encasutic is an incredibly sensitive piece, a detailed work of the wing of an Owl, the Artist’s observation as to correct the nature of things. I love the background of this work and painterly brush strokes at the bottom as if to test the colour.

‘Raptor’, etching red wine stain does the same thing for me, it’s intense but beautiful and I remember talking to a friend about this work, we both stood in front of it and argued for a while about the red being blood, but it’s not. It’s great to get a reaction! A clever approach to ‘Both Ways’, etching on paper and drafting film is yet another of intense beauty.

It’s so obvious that Martin has a strong love of birds and who else should record them as his approach is breathtakingly novel.