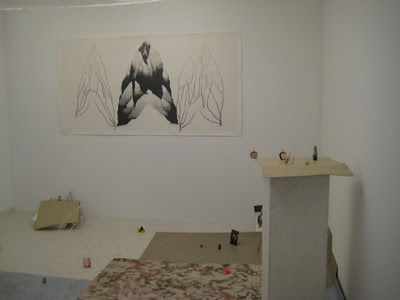 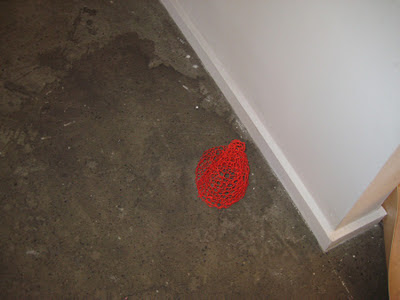 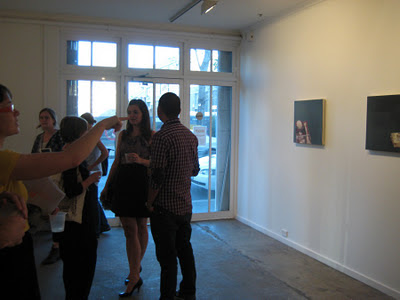 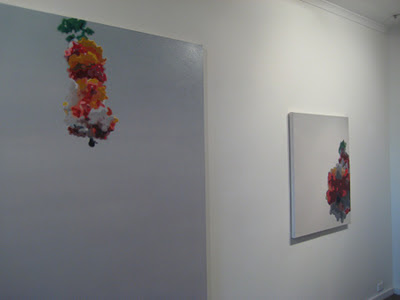 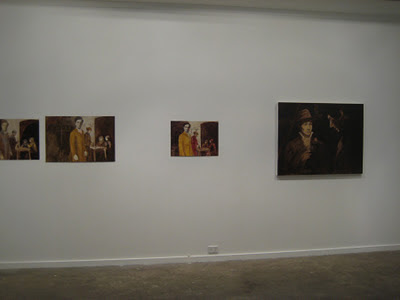 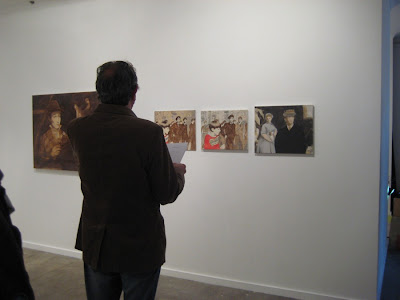 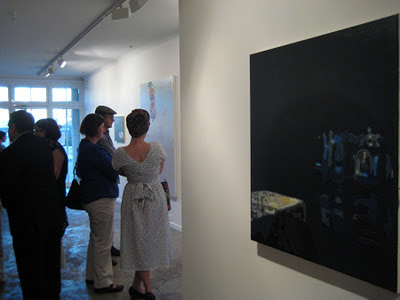 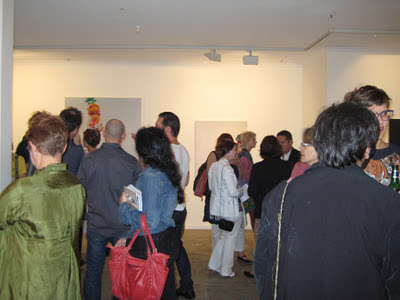 Charles Dennington and his 'Face like Figures, Floored', is a small world, of time before, time now and future time, placing objects in a not so haphazardly way, creating his own mission statement within the placement of the objects, the work on the wall and wall projection. I liked it, just kept looking at it and kept finding something that I had missed.

‘Picturedrome’ by Nicola Smith is a series of re-created images from other mediums, telling a story from a time gone by but very effectively. Loved them all so much that I can’t pick favourites, love the oil wash technique and the colours used and looking forward to seeing more of Nicola’s work in the future.

‘Not Found’ by Eric Niebuhr is a rather awesome series of new paintings, they seem like tiny sections of moments in time, captured via a digital media and thus recreated into a painting. I love the flatness of the background which brings the subject to life and the bold colours Eric has used.

This whole show is spectacular, each artist compliments the another and balances beautifully. It is one of the nicest I have seen so far at Mop.